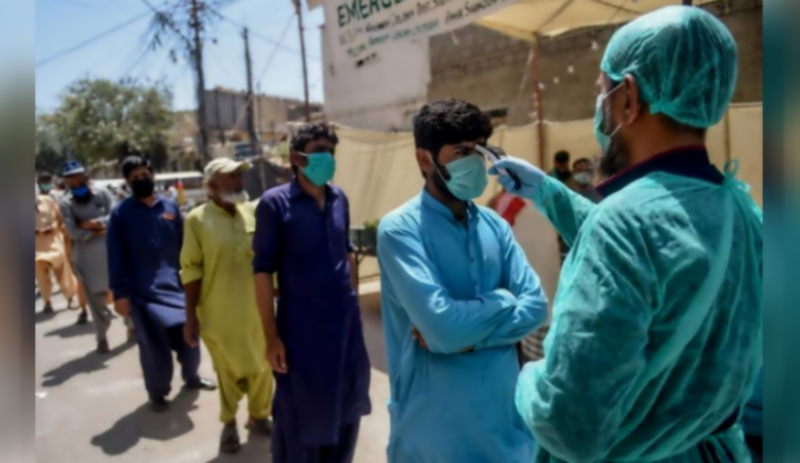 Lahore/Quetta/Karachi/Peshawar (Staff Report/Agencies): The number of confirmed COVID-19 cases in Pakistan rose to 1,269,234 on Monday after 698 new cases surfaced in the country during the last 24 hours.

As per the National Command and Operation Centre (NCOC) data, 42,095 tests were conducted in last 24 hours while positivity ratio remained 1.65%.

According to the government's COVID-19 portal, the death toll related to coronavirus has reached to 28,386 with 9 fatalities reported during the last 24 hours.

Over the last twenty four hours, total number of recovered COVID-19 patients across the country reached 1,216,908 after another 666 virus recoveries were reported.

Meanwhile, the Punjab government has launched a door-to-door COVID-19 vaccination drive "Reach Every Door" (RED) to achieve a 100% vaccination target in the country’s most populous province.

As per the Punjab government, the largest campaign is being launched in all 36 districts of the province in a bid to vaccinate 81 million by the end of this year.

In a statement, Punjab Chief Minister Usman Buzdar said that 14,000 new vaccination centers have been set up across the province to make the RED vaccination campaign successful.

He said during the campaign, over 12,000 teams will go to every village for vaccination.

It is pertinent to mention that the global coronavirus cases have reportedly surpassed 244.509 million and death toll tops 4,965,586.