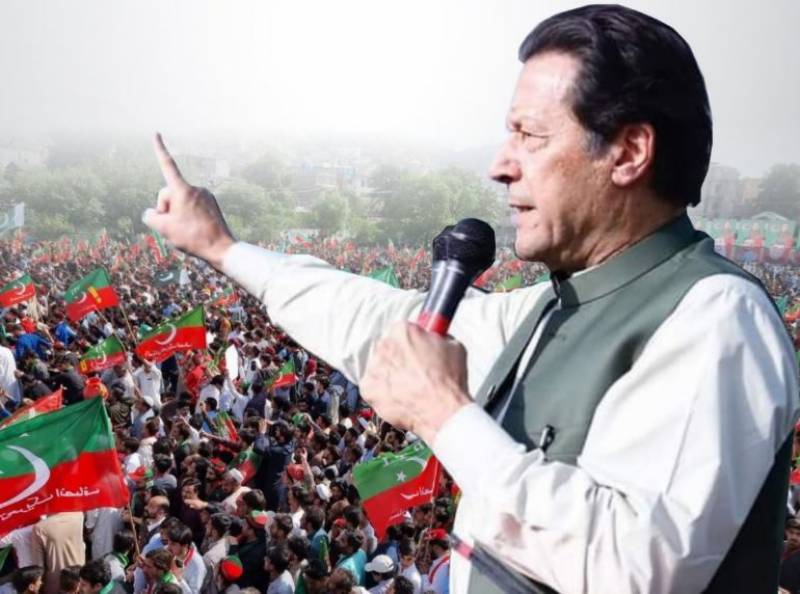 Addressing a press conference along with senior party leaders in Lahore, the PTI chief said that the march will begin from  Lahore's Liberty Chowk.

"We will gather at 11 and then we will start marching to Islamabad,” the former premier said.

On October 22, Imran Khan had stated that he will announce the date for his "Haqeeqi Azadi March" next Thursday or Friday.

While addressing a press conference alongside PTI Senator Azam Swati, the former premier said that he was not hopeful of the government holding snap elections.

He further stated that the march would be peaceful. “In my party’s 26-year history, we have done everything peacefully. Families will also participate. We will not let any violence take place.”

"This time, the march will be peaceful, and people will enjoy it," the PTI chief asserted.

The former premier played down the reports of his arrest and said that even if he were behind bars, the long march would take place.

Imran Khan railed against the coalition government and the treatment being meted out to its political opponents.

The PTI chief added that he would not allow the government to torture or harass his party leaders and workers like the last time. "This sort of violence does not take place anywhere in the world."

The government approached the Supreme Court (SC) earlier to stop the PTI's long march. However, the apex court rejected the request to issue an interim order.