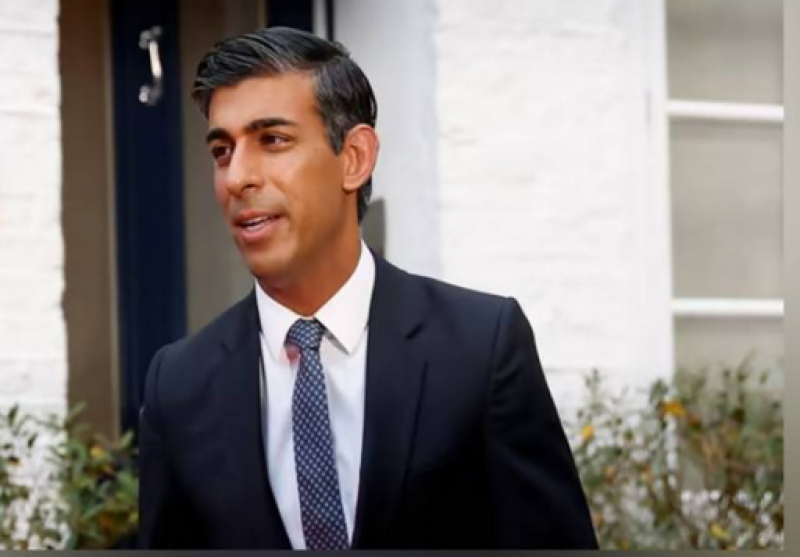 In his first speech, Sunak said that he would place economic stability and confidence at the heart of the government agenda.

He said his government would not leave the next generations with debt and that he would unite the country, not with words, but actions.

He is the UK's third leader in seven weeks and will face a daunting task of tackling the UK's highest inflation for 40 years.

He replaces Liz Truss, the shortest-serving UK premier, who resigned last week after just 44 days in the role.

He defeated centrist politician Penny Mordaunt, who failed to get enough backing from lawmakers to enter the ballot, while his rival, the former prime minister Boris Johnson, withdrew from the contest saying he could no longer unite the party.

Britain has been locked in a state of perma-crisis ever since it voted in 2016 to leave the European Union, unleashing a battle at Westminster over the future of the country that remains unresolved to this today.

The former Goldman Sachs analyst will be the United Kingdom’s first prime minister of Indian origin.

His family migrated to Britain in the 1960s, a period when many people from Britain’s former colonies moved to the country to help it rebuild after the Second World War.

After graduating from Oxford University, he went to Stanford University where he met his wife Akshata Murthy, whose father is Indian billionaire NR Narayana Murthy, founder of outsourcing giant Infosys Ltd.