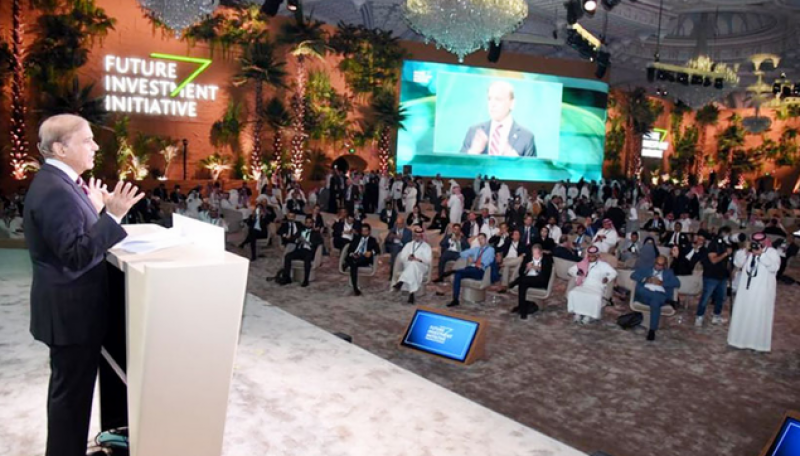 Addressing Future Investment Initiative Summit in Riyadh, the premier said that Pakistan is ready to reach out to potential investors to grab the future for its coming generations.

"Technology has transformed every sector and it can cut through social, cultural and financial barriers and empower those who are equipped to leverage it," he asserted.

PM Shehbaz said that young women and men are crafting their careers through means of modern technology.

PM Shehbaz said that the satellite could become a centre of network of researchers, innovators, investors, and service providers to harness capacities, which if optimized would take Pakistan to high level of social and economic development.

"Through information technology, e-commerce and innovation we can overcome all challenges, especially political, economic, social, educational, and agricultural and climate change as well," the premier said.

PM Shehbaz said that there is dire need of men and women to work together and adopt IT tools for progress, prosperity and happiness, the Radio Pakistan reported.

He said girls were given stipend, laptops were provided to students while farmers were supported.

PM Shehbaz said since its inception in 2017, the Future Investment Initiative Institute had grown into an influential and action-oriented platform and continues to add value to global discourse on issues of great relevance.

Its guiding principles of environment, social, and governance constituted the right combination, and perhaps even the prism, to look at, and assess, the world of today and tomorrow, he added.

The prime minister also expressed his gratitude to the brotherly and friendly countries for providing timely support in the aftermath of devastating flood.