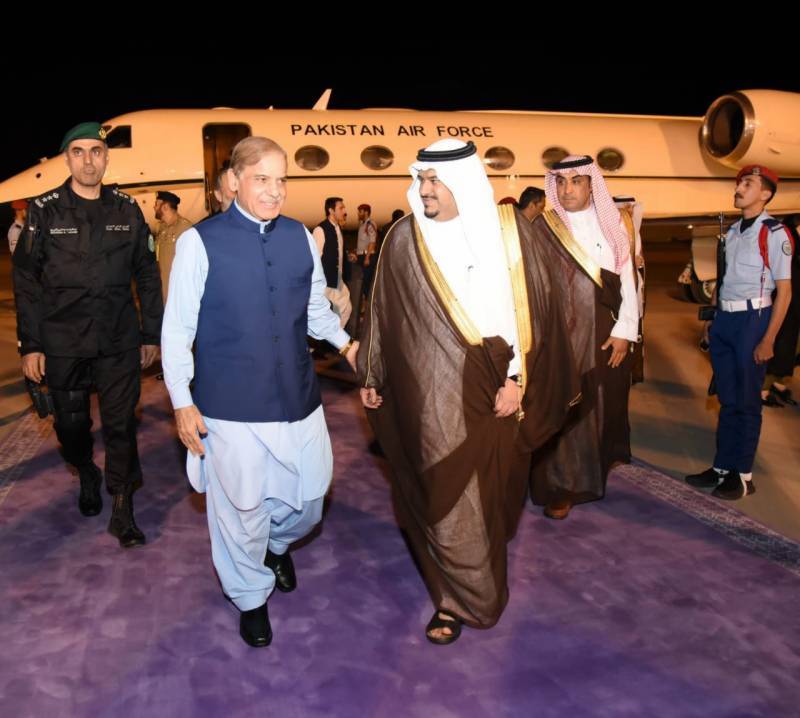 The prime minister  arrived in Riyadh on a two-day visit, will also address the moot.

On arrival at the airport, Governor of Riyadh Faisal bin Bandar bin Abdulaziz Al Saud received the prime minister who was accompanied by a delegation comprising the federal ministers.

During his stay in Riyadh, PM Shehbaz will hold consultations with the Saudi Crown Prince to review the longstanding fraternal relations, with a view to further strengthening the multifaceted cooperation, especially in the economic field, according to the Foreign Office (FO).

Prior to his departure, the prime minister in a series of tweets said the present state of the global economy needed “new thinking and bold vision to overcome the irritants and forge new paths”.

“The pandemic and climate-induced disasters have already put immense strains on the developing countries,” he said, adding that it was high time the world explored solutions to the deepening challenges through candid dialogue.

There are serious concerns about the threat of global recession hitting the economies. The pandemic & climate-induced disasters have already put immense strains on the developing countries. High time the world explored solutions to the deepening challenges through candid dialogue https://t.co/n0KdODZRZx

The FII summit will convene the world’s foremost CEOs, policymakers, investors, entrepreneurs, and young leaders to shape the future of international investment and the global economy.

The event will include in-depth conversations about new pathways for global investment, analysis of critical industry trends; and unparalleled networking among CEOs, world leaders, and experts.