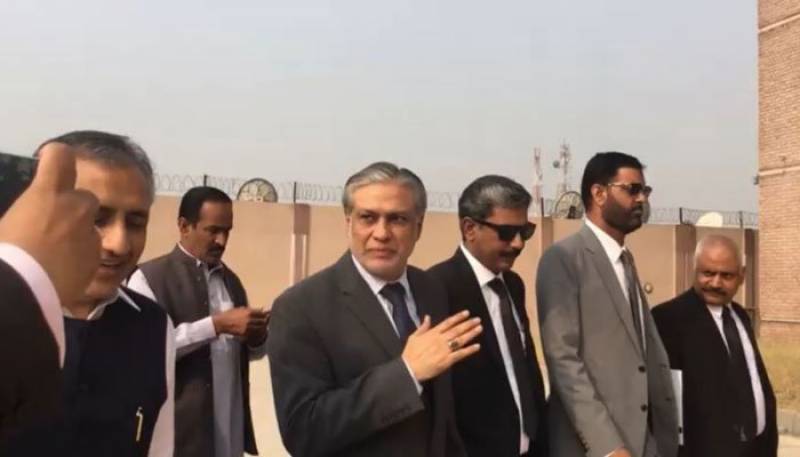 Early today (Monday), the finance minister appeared before the Accountability Court and Judge Mohammad Basheer heard the corruption references against him.

Accountability Court has adjourned the hearing till September 27 to formally accuse Ishaq Dar and also ordered to submit surety bonds of Rs. 5 million with surety to ensure Dar’s appearance at the next hearing.

Judge Mohammad Basheer stated that the trial against Dar will be conducted on daily basis. The court rejected National Accoutability Bureau’s (NAB) plea of issuing non-bailable arrest warrants of the minister and directed to.

The court has also rejected Ishaq Dar’s plea for having a look at the records of the case against him.

Upon his departure from the court premises Dar refused to speak to the media.