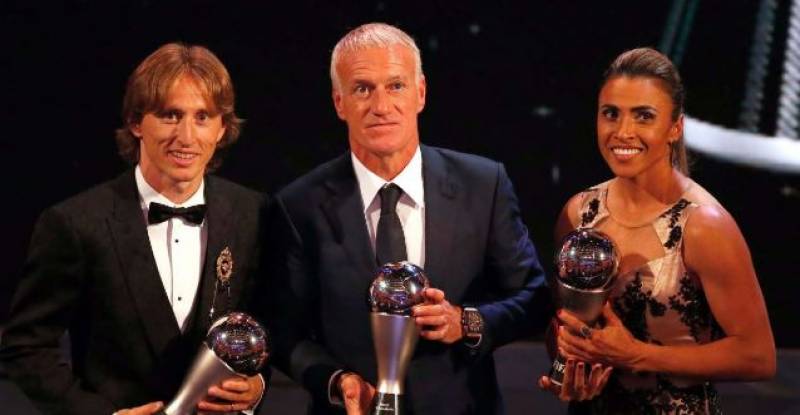 Modric won the Champions League with Real and then played a major role in Croatia’s run to the World Cup final where they were beaten by France.

“This award is not just mine. It is my team mates’ from Real Madrid and Croatia. Without my coaches, I would not have won this and without my family I would not be the player I am today,” said 33-year-old Modric.

It is the first time since Brazilian Kaka’s triumph in 2007 that the men’s prize was not won by either Cristiano Ronaldo or Barcelona’s Argentina forward Lionel Messi — neither of whom attended the ceremony at London’s Royal Festival Hall.

Portugal international Ronaldo, who joined Juventus from Real Madrid in the close season, was second in this year’s awards with Liverpool’s Mohamed Salah in third place.

The 32-year-old Marta, whose Orlando Pride team reached the US National Women’s Soccer League (NWSL) playoff semi-finals, had won the previous FIFA Women’s Player of the Year award five times, most recently in 2010.