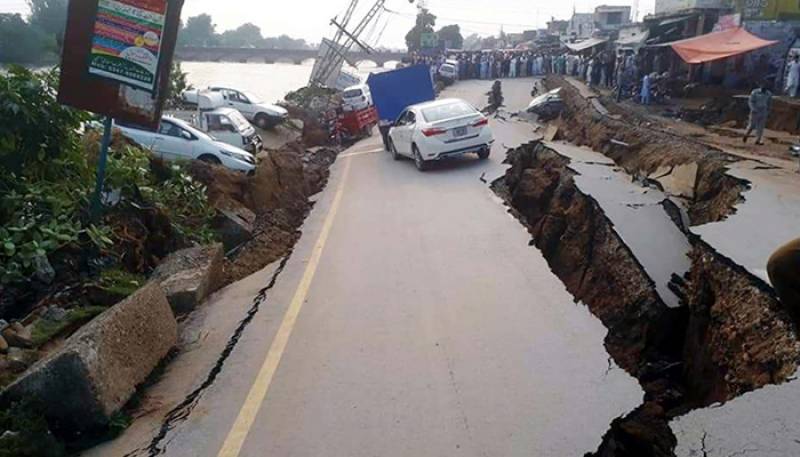 Mirpur/Jhelum (Staff Report/Agencies): The death toll from Tuesday’s earthquake in Azad Jammu and Kashmir reached about 31 with more than 600 injured.

According to the United States Geological Survey (USGS), the 5.8-magnitude earthquake struck at a shallow depth of 10 kilometers with its epicenter lying 1km southeast of Mirpur, Azad Jammu and Kashmir.

Epicenter of 5.8 Magnitude earthquake was 1.8 km away from Mirpur, POJK pic.twitter.com/WAfzvEbfm6

The Press Trust of India reported that tremors were also felt as far as New Delhi. Panicking people rushed out of their homes and offices in several places, including in Rajasthan, Punjab, and Haryana.