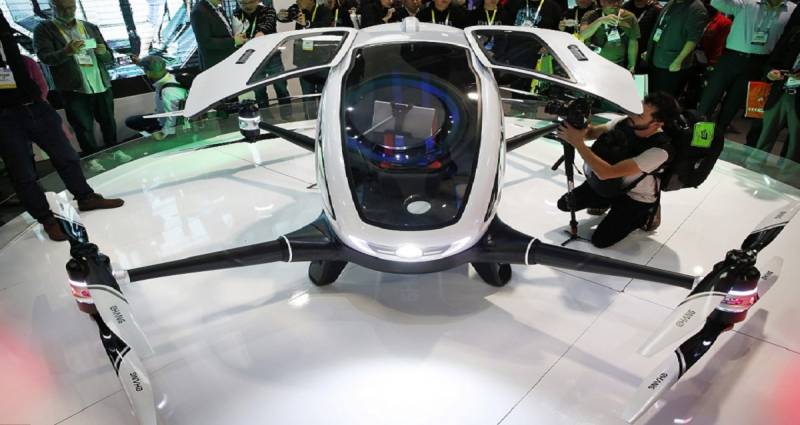 Dubai (Web Desk): Uber Technologies Inc. plans to roll out flying cars with a pilot in the Dallas-Fort Worth area by 2020 and flights in Dubai at Expo2020, Chief Product Officer Jeff Holden said at the Uber Elevate Summit on Tuesday.

Apparently, the tough road to self-driving cars isn’t enough for Uber, which is setting its sights on flying cars. The goal aligns with Uber’s mission of efficiency and cutting down on transit time, Holden said. The flying car option would eventually be available in the Uber App.

Uber’s models suggest flying cars could charge $1.32 per passenger mile, about the same rate as UberX, and later fall below the cost per mile of owning a vehicle. Uber is working with aircraft manufacturers, including Aurora Flight Services and Pipistrel Aircraft, who will build the flying cars using VTOL Technology, or technology for a vertical takeoff aircraft, and with real-estate companies in the two cities to build landing pads for the cars. The company has also been in discussions with NASA and the National Air Traffic Control Association about its planned network, Holden said.

Though Uber is starting with those two cities, Holden said he expects the number of cities with flying cars to grow rapidly. Uber has also been testing self-driving cars in cities across the U.S., but has run into difficulties with regulation and is still likely years away from rolling out autonomous cars in a meaningful way. The company is also facing a lawsuit from Alphabet Inc.’sGOOGL, +1.13% GOOG, +1.11%  autonomous-driving unit, Waymo LLC, that claims a key executive in Uber’s efforts stole key information on self-driving sensors when he left Google’s parent company.