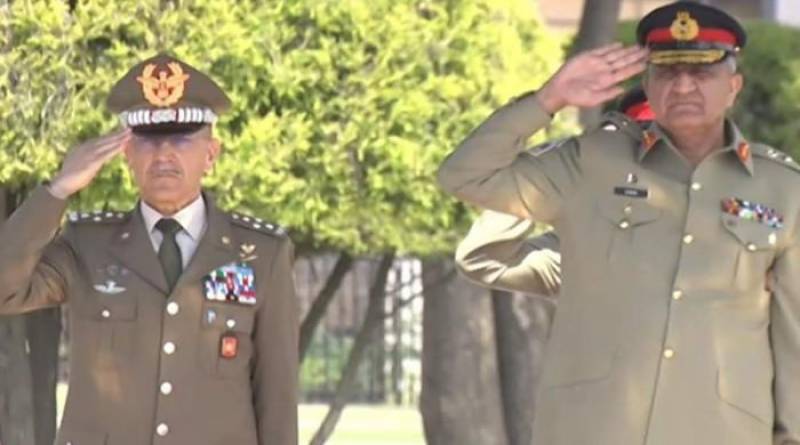 Issues of mutual interest including advancement of military cooperation in the field of training and counter-terrorism domain were also discussed during the meeting.

The delegation was later on given a detailed briefing on operational and training activities of the Pakistan Army.

The visiting dignitary acknowledged and lauded the efforts of Pak army, with particular reference to the ongoing Operation Radd-ul-Fasaad for the elimination of terrorism from Pakistan.

Earlier, on arrival at the GHQ, the Italian COAS laid a floral wreath at the Yadgar-e-Shuhada.

A contingent of the Pakistan Army presented the guard of honour to the visiting dignitary.