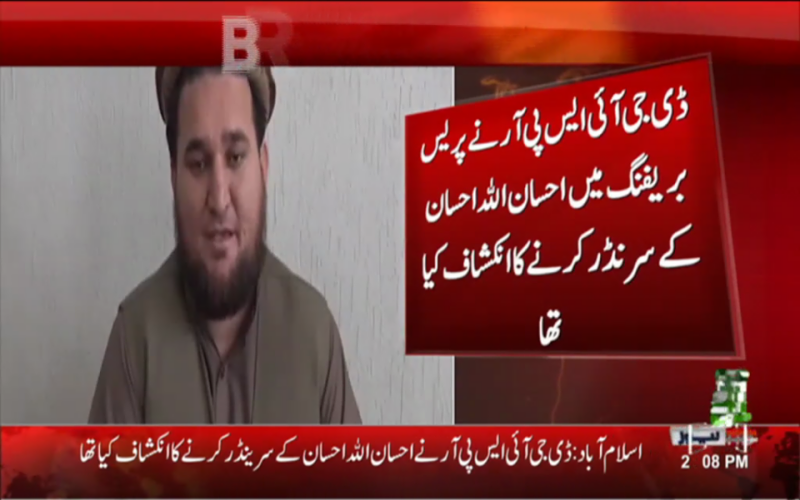 Islamabad (Staff Report): The Pakistan Army releases confessional video of former TTP spokesman Ehsanullah Ehsan in which the arrested terrorist confesses to his alleged involvement in activities of the terrorist group.

In released video clip the terrorist's spokesman can be seen admitting the terrorist organisation's nexus with Indian and Afghan intelligence agencies and security forces in carrying out subversive activities in Pakistan.

Ehsan was previously the spokesperson of the TTP but later joined Jamaat-ul-Ahrar splinter faction. Jamaat-ul-Ahrar, had surrendered to the Pakistan Army.