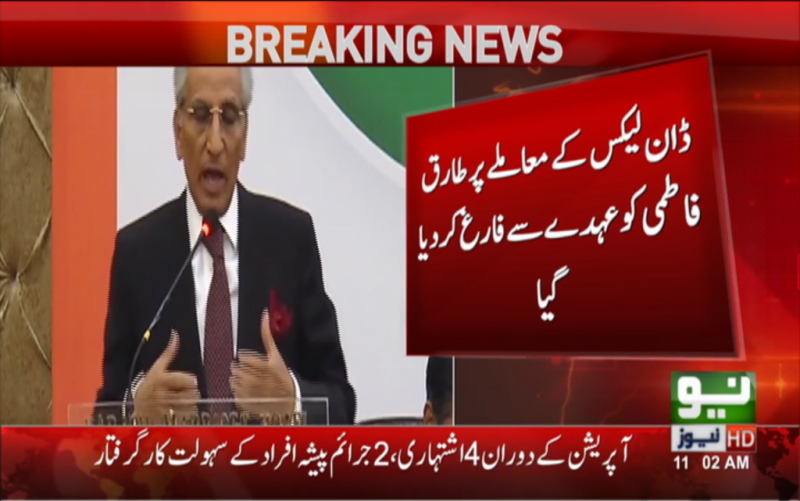 Islamabad (Staff Report): Prime Minister Nawaz Sharif on Wednesday has announced the dismissal of Special Assistant on Foreign Affairs to the Prime Minister due to his alleged involvement in the Dawn Leaks case.

According to details, National Security Advisor, Syed Tariq Fatemi, has been dismissed after an inquiry committee's report that revealed his 'alleged role in Dawn leaks'.

Earlier on Tuesday, the Foreign Office spokesperson Nafees Zakaria said, "A section of the media has been running baseless stories about Mr Tariq Fatemi, Special Assistant to the Prime Minister on Foreign Affairs (SAPM), alleging that he has left the country."