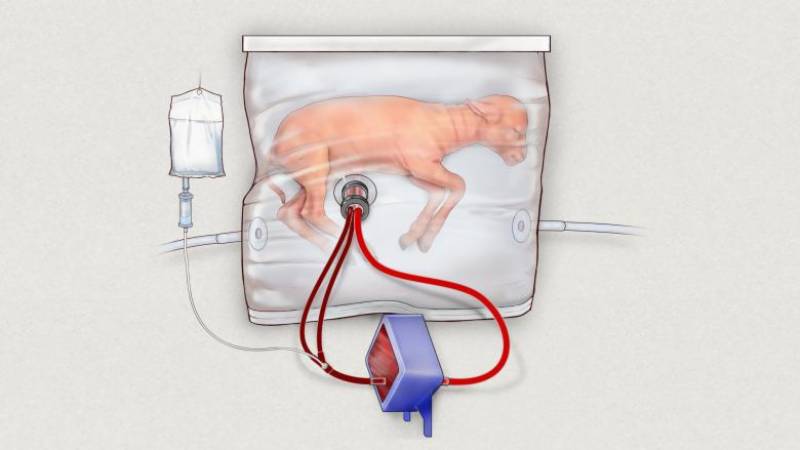 In pre-clinical studies with lambs, the researchers were able to mimic the womb environment and the functions of the placenta, giving premature offspring a crucial opportunity to develop their lungs and other organs.

Around 30,000 babies in the United States alone are born critically early – at between 23 and 26 weeks of gestation, the researchers told reporters in a telephone briefing.

At that age, a human baby weighs little more than 500 grammes, its lungs are not able to cope with air and its chances of survival are low. Death rates are up to 70 percent and those who do survive face life-long disability.

"These infants have an urgent need for a bridge between the mother's womb and the outside world," said Alan Flake, a specialist surgeon at the Children's Hospital of Philadelphia who led the development of the new device.