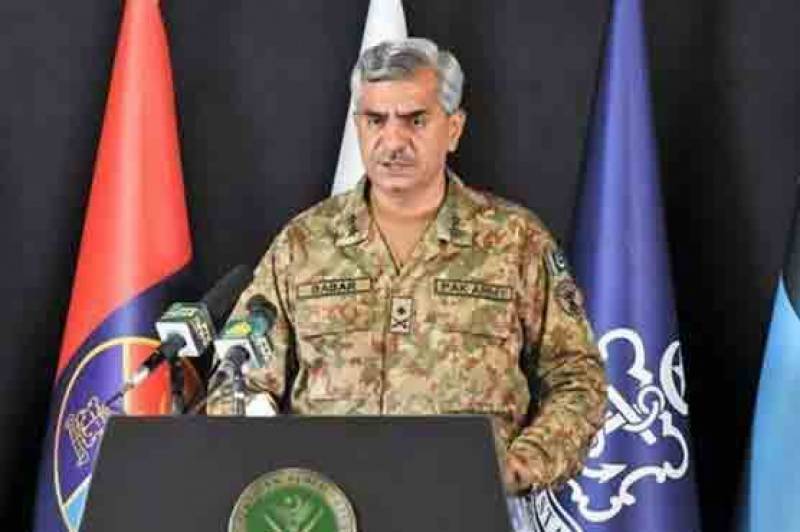 Addressing a press conference in Rawalpindi, the DG ISPR said that Pakistan Army had been deployed in the country to help thwart the coronavirus situation, adding that the decision was taken with all stakeholders on board.

Major General Babar Iftikhar said that the teams had been constituted which would be led by brigadiers at the administration division level and by lieutenant colonels at the district level.

He added that the provincial apex committees would hold weekly meetings to discuss the overall situation and analyse areas with high positivity rates after which a plan of action would be decided.

“The army troops will assist civil institutions and law enforcement agencies," he said, adding that like the last time, Pakistan Army had decided not to claim any sort of internal security allowance during the deployment.

The DG ISPR said that the positivity ratio had shot up to over 5% in 91 cities of Pakistan, adding that the healthcare infrastructure was under "immense pressure" as critical care patients were increasing daily.

Major Gen Babar Iftikhar said if the current coronavirus situation persisted, then oxygen supply will be diverted from other industries to the health sector.

He said that 4,300 COVID-19 patients were on critical care at the moment.

"In some cities, 90% of the ventilators in hospitals are occupied," the DG ISPR said.

He said said that the people's confidence (in the army) is the Pakistan Army's asset.

Major General Babar Iftikhar said Pakistan Army will use all its capabilities to take every possible step for the protection of citizens and their lives.

The DG ISPR urged masses to follow safety precautions regarding COVID-19 to ensure their lives and the lives of others remained safe during the pandemic.

It is pertinent to mention that Pakistan is witnessing a surge in COVID-19 cases as it grapples with the third wave of the pandemic, fueled by the UK strain of the virus.

On the other hand, the number of confirmed COVID-19 cases in Pakistan rose to 800,452 on Monday after 4,825 new coronavirus cases surfaced in the country during the last 24 hours.

According to the government's COVID-19 portal, the death toll related to coronavirus has reached to 17,187 with 70 fatalities reported during the last 24 hours.

Over the last twenty four hours, total number of recovered COVID-19 patients across the country reached 694,046 after another 4,234 virus recoveries were reported.