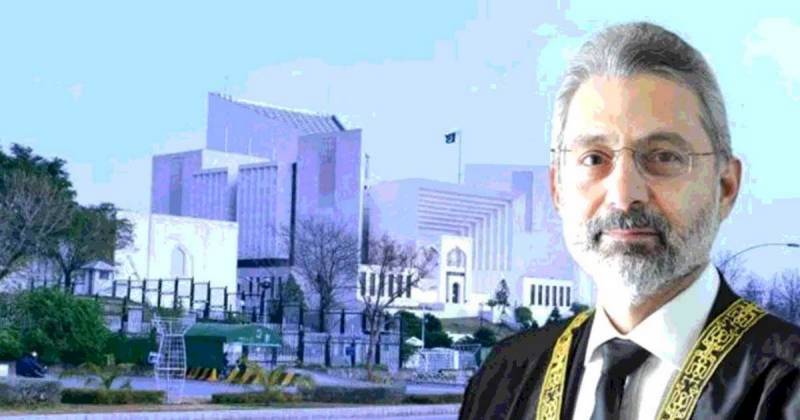 A 10-member bench of the top court headed by Justice Umar Ata Bandial heard review petitions filed against the court’s June 19, 2020, judgement, empowering the Federal Board of Revenue (FBR) to conduct an inquiry into offshore assets of his spouse.

Justice Isa was the subject of a presidential reference that alleged he had acquired three properties in London on lease in the name of his wife and children between 2011 and 2015 but did not disclose them in his wealth returns.

Justice Isa contested the allegation, saying he was not a beneficial owner of the flats — either directly or indirectly.

In June 2020, the Supreme Court threw out the reference, terming it “invalid”.

However, seven of the 10 judges on the bench hearing the case ordered the Inland Revenue Department and the Federal Board of Revenue (FBR) to seek explanations from the judge's wife and children on the nature and source of funding for three properties in their names in the United Kingdom and submit a report to the SC registrar.

Justice Isa then approached the apex court, seeking a review of the decision.

On April, 2013, the SC dismissed Justice Isa’s petition seeking a live telecast of the hearing on review petitions.

While rejecting the petition, Justice Bandial remarked that access to the information is the right of the masses, but this is an administrative matter.

After the issuance of verdict, Justice Isa said that he wanted to know the names of the judges who wrote the verdict and disagreed, to which Justice Bandial said that if you read the verdict you will know their names.