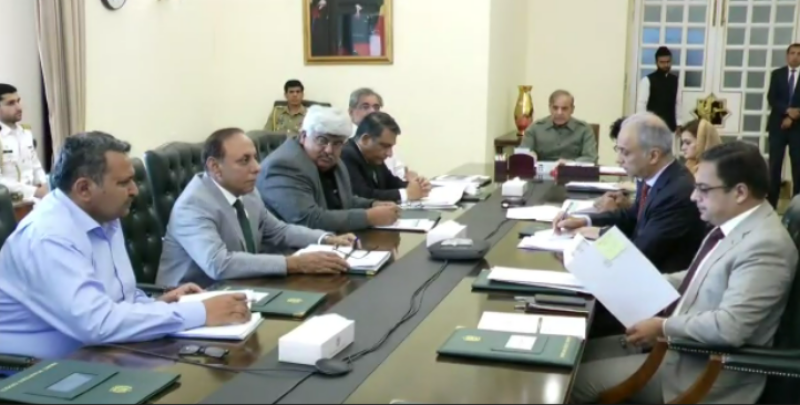 Islamabad (Web Desk): Prime Minister Shehbaz Sharif on Tuesday directed to end load-shedding across the country from May 1.

Chairing a high-level meeting to devise a policy to address the shortage of electricity, the premier directed the authorities concerned to resolve all the issues pertaining to load-shedding by April 30 so as to ensure a smooth and uninterrupted power supply to consumers.

He stressed establishing an integrated and sustainable fuel system to meet the requirements of power generation and also a plan keeping in view the hot season in particular.

PM Shehbaz called for a long-term effective plan to eliminate the loss of feeders of the power distribution companies.

The prime minister also took notice of the complaints of artificial shortage of diesel during harvesting and directed the relevant authorities to identify the perpetrators and ensure strict action.

PM Shehbaz emphasized an uninterrupted supply of diesel to farmers to run agricultural machinery and urged the district administration in rural areas to facilitate the farmers.

The meeting was briefed that the re-operationalization of the 20 power plants had increased power generation.

It was pointed out that the previous government did not purchase fuel for power plants in four years which led to load-shedding.

The meeting was informed that the total power generation in the country was about 18,500 megawatts while the shortfall was between 500 to 2,000 megawatts.

The prime minister was also briefed in detail about the loss-making feeders of the distribution companies.