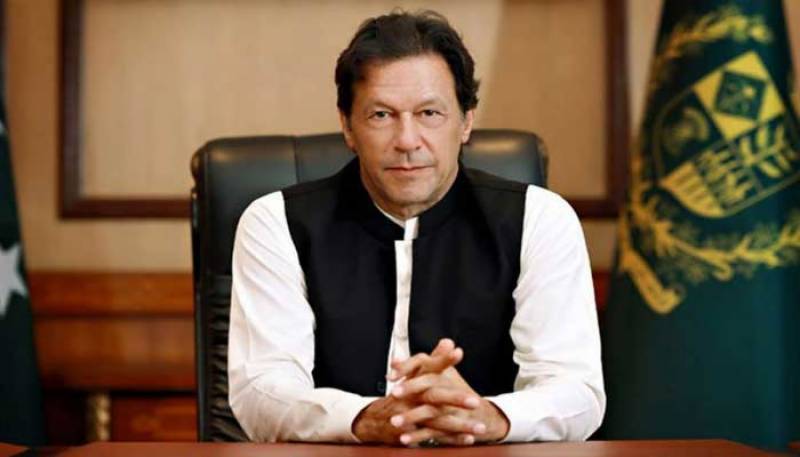 In his address to the nation on Monday, PM Khan urged the nation to stand by the people of Indian-occupied Kashmir (IoK) till the day India frees the disputed valley of its draconian rule.

The premier started his address by saying that he wanted to share with the public the government's policy and stance in view of the existing situation in occupied Kashmir.

"When I came to power, we wanted to solve it and bring peace. India and we share many problems; inflation, poverty, unemployment and climate change, etc.

"So we wanted to be friends with everyone [...] When I came into power, I made many overtures for dialogue [to India] but there were always some problems.

Khan stressed that the real ideology of the BJP was that of the RSS. Elaborating on the RSS ideology, the prime minister said it was centred on hatred for Muslims.

“The founding fathers of the RSS believed in fascist, racist ideologies and killed Mahatma Gandhi after independence. After seeing this ideology Quaid-e-Azam took part in the Pakistan movement.”

He added that it was the RSS ideology which was ruling over India now.

Outlining the government's future strategy to deal with the situation in occupied Kashmir, the premier said: "First, I believe, the entire nation should stand with the Kashmiri nation. I have said this that I will act as Kashmir's ambassador.

"I will tell the world about this, I have shared this with heads of states that I have been in contact with. I will raise this issue at the UN as well