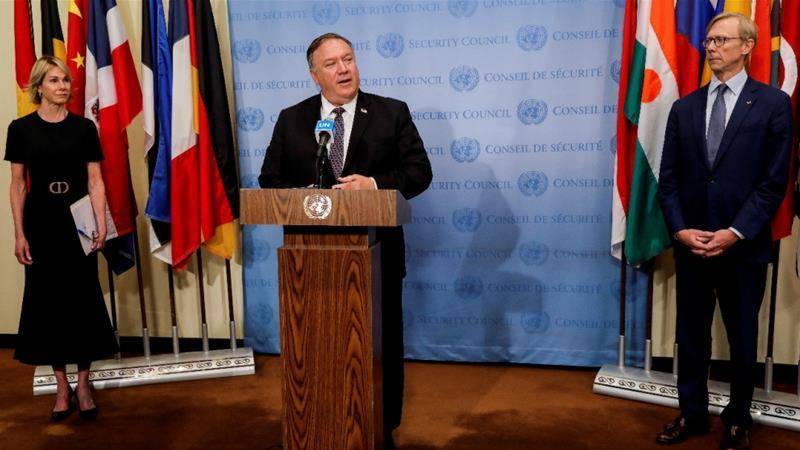 New York (Web Desk): The United Nations Security Council (UNSC) on Tuesday rejected United States bid to reimpose international sanctions on Iran, saying that it was "not in a position to take further action".

The remarks came from Indonesian ambassador Dian Triansyah Djani in a video conference on the Middle East, he cited the lack of consensus in the UN's highest body on the US strategy as the main reason.

The Trump administration accuses Tehran of failing to comply with the terms of the historic 2015 Iran nuclear deal and is demanding the Security Council reimpose sanctions on the Islamic Republic.

Washington insists on its legal right to trigger the disputed procedure, called "snapback" — despite pulling out of the deal two years ago.

The move threatens to torpedo the Iran accord and plunge the Council into crisis while widening the gulf between the US and almost every other member on Iran policy.

Thirteen of the 15 Council members had written to the Indonesian presidency to reject its validity.