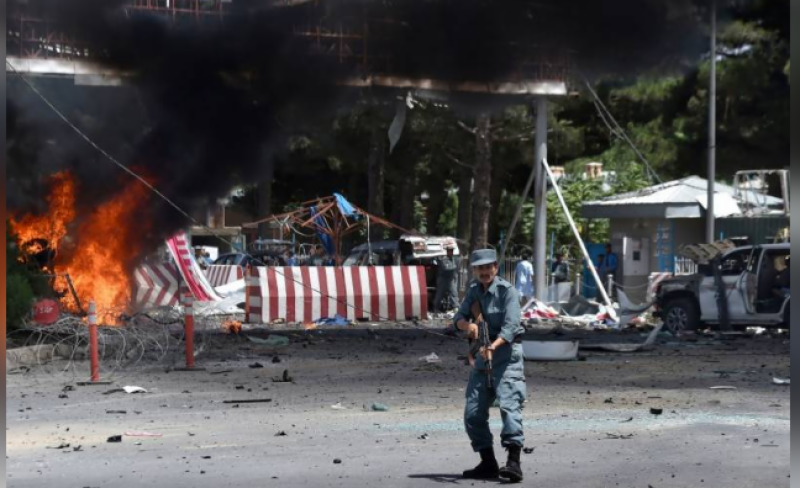 Kabul (Web Desk): At least 13 people, including children were killed and several others injured in an explosion outside the Kabul airport on Thursday.

According to foreign media reports, a US official said US service members were among the wounded, adding he was citing an initial report and cautioning that it could change. He said there were casualties but did not know how many or of what nationality.

Thousands of people have been gathering outside the airport in recent days. Western troops are racing to evacuate foreigners and Afghans who helped Western countries during the 20-year war against the Taliban, and to get out themselves by an Aug. 31 deadline.

Pentagon spokesman John Kirby also confirmed the blasts, saying one near an airport entrance was a “complex attack” and another was a short distance away by a hotel.

One explosion went off in a crowd of people waiting to enter the airport, according to Adam Khan, an Afghan waiting nearby. He said several people appeared to have been killed or wounded, including some who lost body parts.

Earlier today, Western nations warned their citizens to immediately leave the surrounds of Kabul airport over a terrorist threat, as thousands of people try to reach a dwindling number of evacuation flights.

The US government and its allies raised the alarm with a series of coordinated and specific advisories for their citizens to avoid the airport.

Australia's department of foreign affairs said there was an “ongoing and very high threat of terrorist attack”.

London issued a similar warning, adding “if you can leave Afghanistan safely by other means, you should do so immediately”.