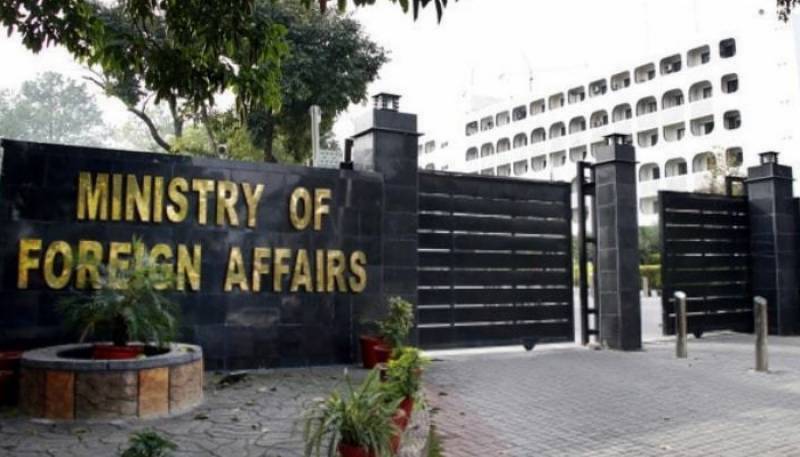 Islamabad (Web Desk): Pakistan on Friday summoned the Indian Charge d’Affaires in Islamabad to called to the Ministry of Foreign Affairs (MoF) to lodge a strong protest on the extra-judicial killing of a Pakistani civil prisoner Muhammad Ali Hussain by Indian security forces in the Illegally Occupied Jammu and Kashmir (IIOJK).

Muhammad Ali Hussain had been jailed in Kot Bhalwal Prison in the Indian Illegally Occupied Jammu and Kashmir (IIOJK) since 2006.

The Indian diplomat was told that Mr Hussain's death under mysterious circumstances at a location away from the prison, has once again substantiated Pakistan’s long-standing position that Indian occupation forces in the IIOJK are routinely involved in undertaking choreographed attacks and extrajudicial killings of Pakistani and Kashmiri prisoners.

It was underscored that the narrative being spun that Muhammad Ali Hussain had allegedly attacked the security forces and attempted to escape when he was being taken to a suspected weapons’ smuggling site was not only fallacious but deceptive. The reality is that Hussain's death was nothing but cold-blooded murder.

In a statement, Foreign Office (FO) Spokesperson Asim Iftikhar said Pakistan has demanded that the Indian government must immediately share the details of this particular incident, including a credible post-mortem report to determine the cause of death and undertake a transparent investigation to bring to account whoever is responsible for the murder of the Pakistani prisoner.

He said the Indian government has been called upon to ensure prompt and expeditious repatriation of the mortal remains of the deceased to Pakistan, as per the wishes of his family.

The spokesperson reiterated Pakistan's call to the international community to hold India accountable for its gross and systematic violations of international humanitarian law and ensure that Pakistani and Kashmiri prisoners under Indian custody are not expended as cannon fodder in the execution of India’s nefarious designs in the IIOJK.