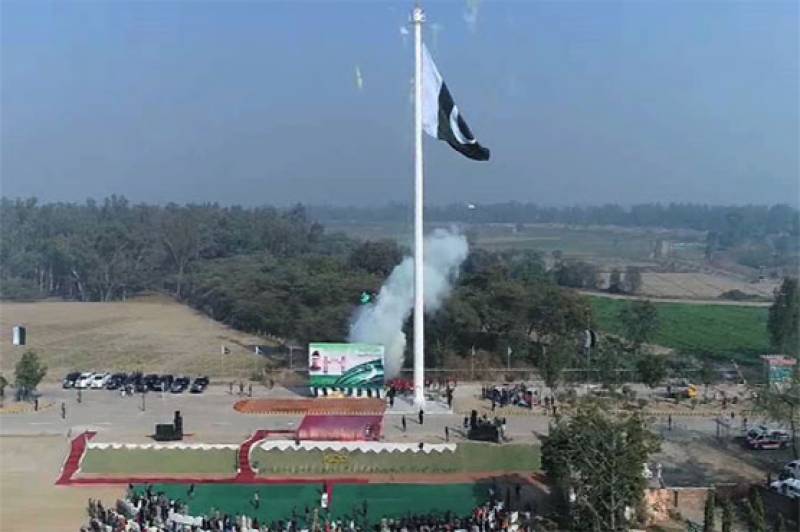 According to ISPR, the 200 feet high flag was hoisted by Commander Multan Corps, Lieutenant General Abdullah Dogar in a colourful ceremony charged with national fervour.

DG Pakistan Rangers Punjab Major General Azhar Naveed Hayat Khan and people from all walks of life were also present on the occasion, the statement added.