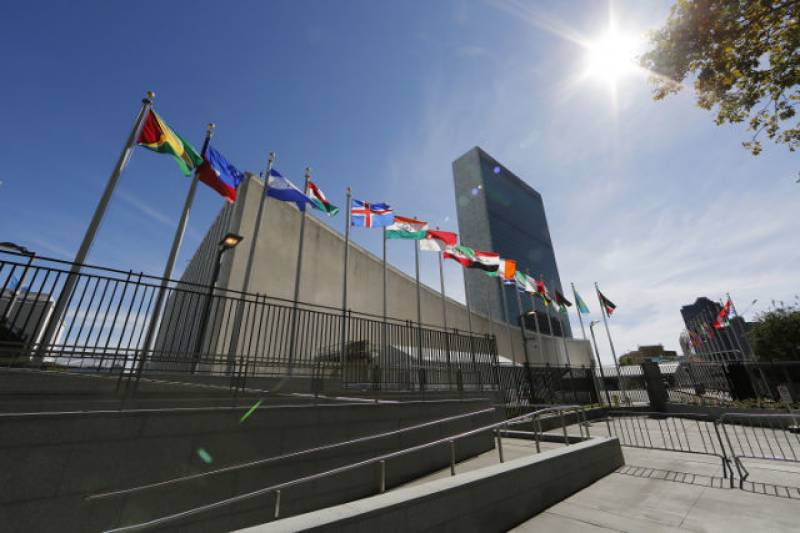 New York, United States (Web Desk): The United Nations General Assembly adopted a resolution calling on Myanmar to end military operations that have “led to the systematic violation and abuse of human rights” of Rohingya Muslims in the country’s Rakhine state.

The resolution, which was tabled by by the Organization of Islamic Cooperation (OIC), was adopted by a vote of 122 to 10 with 24 abstention. China, Russia, Cambodia, Laos, the Philippines and Vietnam joined Myanmar in voting against the measure as did Belarus, Syria and Zimbabwe.

It calls for Myanmar to grant aid workers access, and to give Rohingya Muslims full citizenship rights.

The resolution also calls on UN Secretary General Antonio Guterres to assign a special envoy to the Southeast Asian country.

The motion was passed by the 193-member Assembly after its Fifth Committee (Budgetary Questions) approved funds for the new position of UN special envoy to Myanmar.

Over the past three months more than 655,000 Rohingya Muslims have fled to Bangladesh, after Myanmar military crackdown in late August.

Top UN officials have denounced the violence as a classic example of ethnic cleansing.

The Myanmar government has denied allegations of ethnic cleansing. But Myanmar is refusing entry to a UN panel that was tasked with investigating allegations of abuses after a smaller military counteroffensive launched in October 2016.

Only in its first month, the clampdown, called by the UN and prominent rights group an “ethnic cleansing campaign,” killed some 6,700 Rohingya Muslims, including more than 700 children, according to Doctors Without Borders.

Crimes against Rohingya Muslims: UN to send fact-finding mission to ...