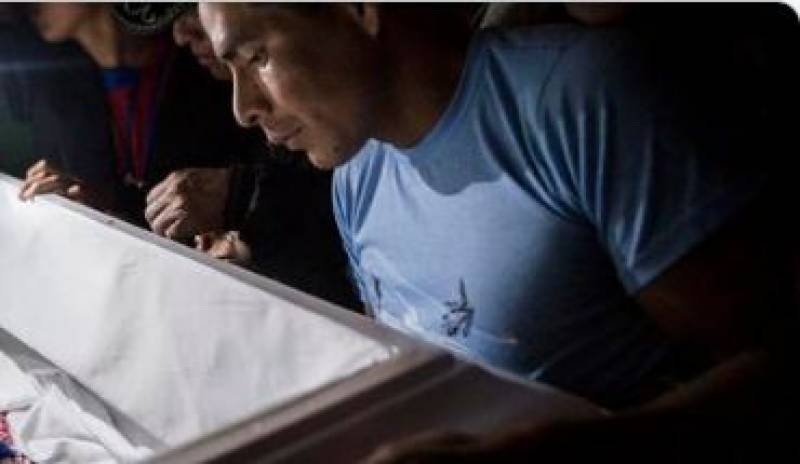 Washington (Agencies): Another eight-year-old migrant from Guatemala died in US government custody on Tuesday, Customs and Border Protection said.

The boy, who was with his apprehended father, had been transferred to a New Mexico medical center showing signs of sickness on Monday, the agency said.

Staff diagnosed him with a cold but later discovered a fever. He was released at midday, with prescriptions for ibuprofen and the antibiotic amoxicillin.

The child was later transferred back to the hospital after showing signs of nausea and vomiting, and died just after midnight.

The CBP said it had not established the cause of death but would “ensure an independent and thorough review of the circumstances.”

Guatemala called on US authorities to conduct a “clear” investigation of the death, adding that “medical reports have been requested… to clarify the cause of death of the child.”

The news of the boy’s death triggered outrage on social media. “Another child dies under this Administration’s watch,” tweeted Democratic Congressman Marc Veasey of Texas.

Earlier, a seven-year-old Guatemalan girl died in American custody after being detained by US border police in the state of New Mexico, The Washington Post reported on Thursday.