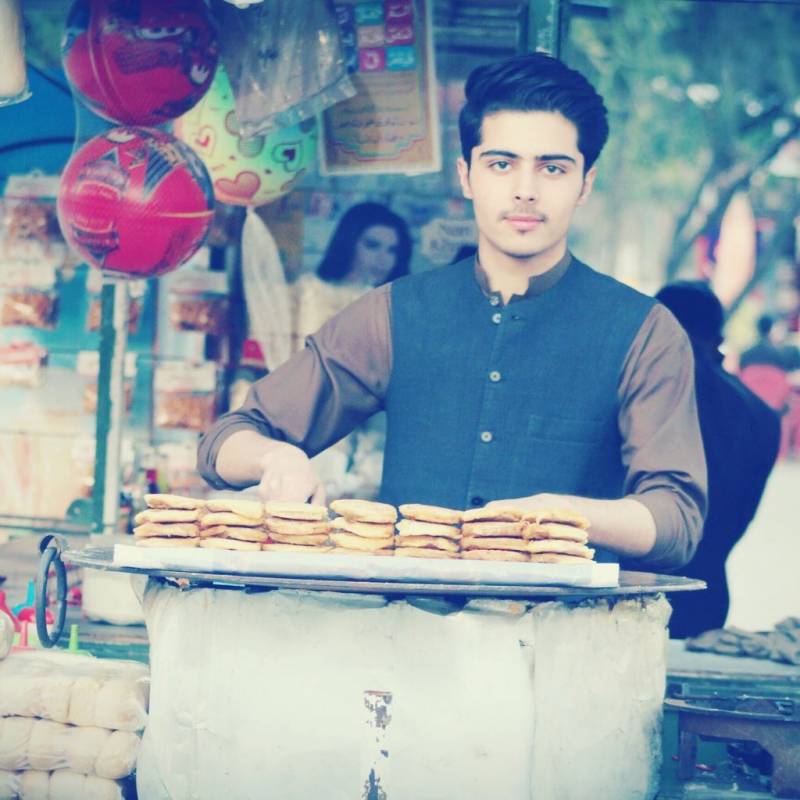 Karachi (Web Desk): A few months back, a charming ‘green eyed’ “Chaiwala” became a Social media sensation, but now a charismatic “Burgerwala” is following the suite to swirl Social media.

An eighteen-year old young boy, named Shah Fahad, who used to sell bun-kababs at a shop in Rawalpindi’s Ayub Park, gaining popularity on Social media due to his innocent but elegant looks. An avid social media user discovered him while conducting a live session on Facebook. The social media user said that he quit his job as he wants to pay attention towards his education after enrolling in 9th grade.

The social media user further stated, “Fahad left his job at the burger stall to pursue his studies since he will soon be enrolling in grade 9.”