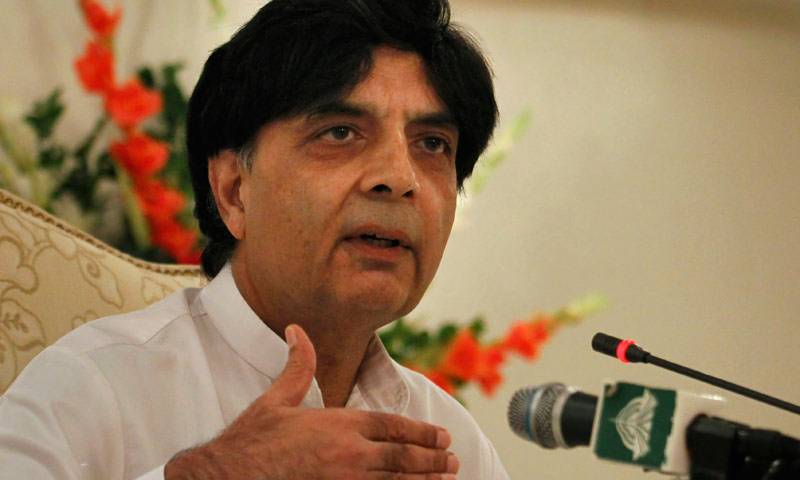 Islamabad: Security of Pakistan and the ongoing war on terrorism has send tremors all across the nations and recent desperate moves by government and security agencies have made many mainstream political parties to cry foul.

Saying that the maintenance of law and order in Sindh was the sole responsibility of the provincial government, and claiming that he was not in the habit of criticising other members of the government but had to break his silence after the federal government was criticised for the lack of security at Lal Shahbaz Qalandar's shrine.

Addressing a consultation meeting, along with Minister of State for Information, Broadcasting and National Heritage Marriyum Aurangzeb, he said, "Was security at the shrine the federal government's responsibility, or was it provincial's'? I asked after our department was blamed for the lapse."

"At the briefing after the Sehwan blast, I had to raise the question and ask them why there was not enough security to begin with. Why were the walkthrough gates not working, and why was the power supply cut at the shrine? They had no answers to these questions," he added.

"When those attacks that we had told them about were carried out, they shamelessly raised fingers at the Interior Ministry for not doing its job," he added. He said that he deemed it inappropriate to do politics by using the name of war against terrorism.

Nonetheless, Nisar said, "I have lived by two personal rules during my term as the interior minister - not taking credit for any success that comes, rather share it with all departments, and not criticising anyone for any lapses."

"The situation law and order in the country has improved a lot in the past three-and-a-half years. Before our time, there used to be multiple bomb blasts in the country each day," Nisar said. "A blast not taking place was bigger news than those daily blasts," he continued.

Recounting the statistics on bombings in the country, Nisar claimed that the country had 'progressed' to the point that out of the 700 bomb blasts last year, nearly 450 did not cause any loss of life.

"That is an achievement. I know that there should be no blast in the country at all, but to come down from over 2,000 to 700 in a span of three-and-a-half years is a feat that should be acknowledged, and has been acknowledged by international organisations that keep tabs on such incidents," he added.

Talking about Pakistan's 'unique' situation, he said, "Our fight against terrorism is unique, it is different than any war that has ever been fought because we are not standing face to face with our enemy."

Discussing the role of the media, Nisar said, "The media had great power: "if it portrays fear, there will be an atmosphere of fear in the country. On the other hand, if it portrays hope, the people will be hopeful".

"I once requested the media not to interview any terrorist; it raises their morale. All outlets listened, and since then no terrorists have been given coverage. This has helped in bringing the nation out of a state of hopelessness and fear."