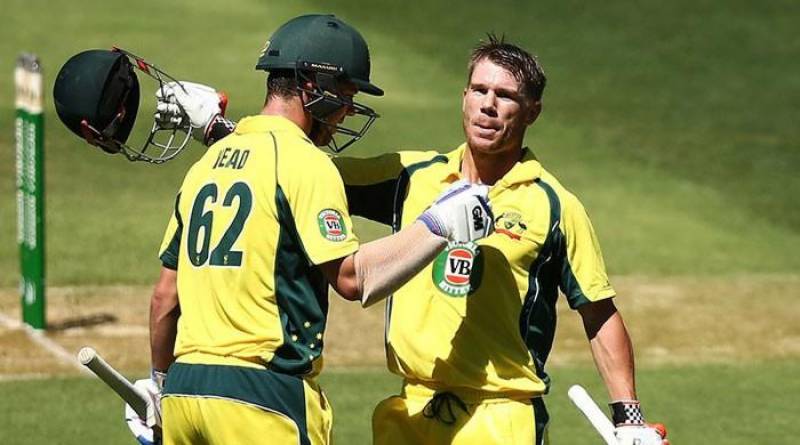 Warner made the fastest century of his career off 78 balls, as Pakistan bowlers appeared helpless due to Australian batting.

Scoring total of 369-7, Australia lost quick wickets toward the end of their innings.

Earlier today, Australian captain Steven Smith won the toss for the again and decided to bat first against Pakistan.

The host led the series 3-1 after winning in Sydney on Sunday to wrap up the series.

Both sides have made one change in their respective squad for the last ODI.

All-rounder James Faulkner is in for opening batsman Usman Khawaja, while fast bowler Wahab Riaz replaced Imad Wasim who rested due to a finger injury.