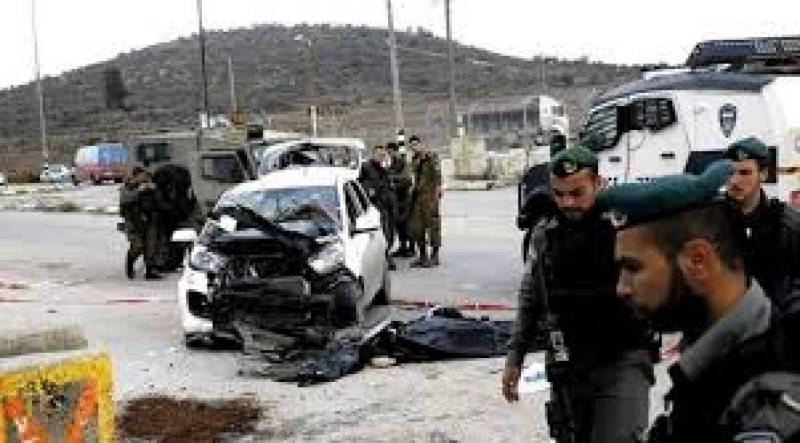 Jerusalem (Web Desk): Israeli troops shoot dead a Palestinian motorist who slammed his car into a bus stop near a settlement in the occupied West Bank on Wednesday, the Israeli army reported.

The Palestinian health ministry kept details of the dead man unveiled but Palestinian social media posts shared which revealed, he was a resident of the Qalandia refugee camp near Ramallah.

According to Israeli army, “No one was hurt as a result of the ramming”.

A military statement said "At the entrance to Kokhav Ya'akov, south-east of Ramallah a Palestinian rammed a vehicle into a bus stop... In response to the immediate threat, forces fired at the attacker, resulting in his death".

In another occurrence in the West Bank, Israeli soldiers shot and injured a Palestinian who fired at them using a machine gun in a drive-by shooting. Injured Palestinian was taken to a nearby Israeli hospital, army man told the soldiers were unhurt.

In October 2015, this wave of Palestinian street attacks as well as vehicle rammings began, have largely slowed in recent months but still a number of Palestinians have been killed over the same period including two American tourists and 37 Israelis.