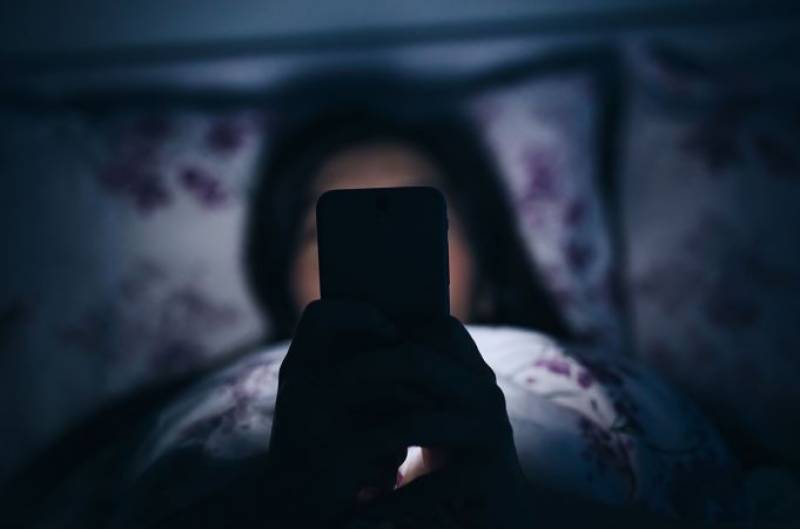 Toronto, Canada (Web Desk): A recent study has warned that one hour a day on social media can ruin your sleeping pattern, affecting your health.

The report by Canadian researchers was commissioned to assess why so many young people struggle to sleep eight hours.

The researchers found the root problem to be social media: those who spent at least 60 minutes on WhatsApp, Facebook or Snapchat suffered more sleep issues than those who did not.

The more time they used the apps and sites, the less sleep they got.

The study found teenage girls were the most addicted to social media and were therefore more likely to be sleep deprived, but it affects boys just the same.

The researchers said the findings were important as social media has grown rapidly, children and teenagers are more likely to use the new technology and develop and consolidate bad habits which they carry on as adults.

The study was published in the journal Acta Paediatrica.

Previous studies found poor sleep has been linked to poor academic performance, and those most likely to be sleep deprived were older teens, boys, those who did less exercise or had poor mental health.

Senior author Dr Jean-Philippe Chaput of the Children’s Hospital of Eastern Ontario Research Institute explained: ‘Sleep is an essential component of healthy development and an important contributor to physical health and mental health.

‘However, insufficient sleep has become widespread among adolescents over the last few decades.

‘Insufficient sleep among adolescents has often been attributed to factors such as artificial light, caffeine use, no bedtime rules in the household and the increased availability of information and communication technology.’

So the study examined the association between social media use and sleep patterns in 5,242 Canadian pupils aged 11 to 20 taking part in the Ontario Student Drug Use and Health Survey.

Overall 73.4 percent reported they used social media for at least one hour per day.