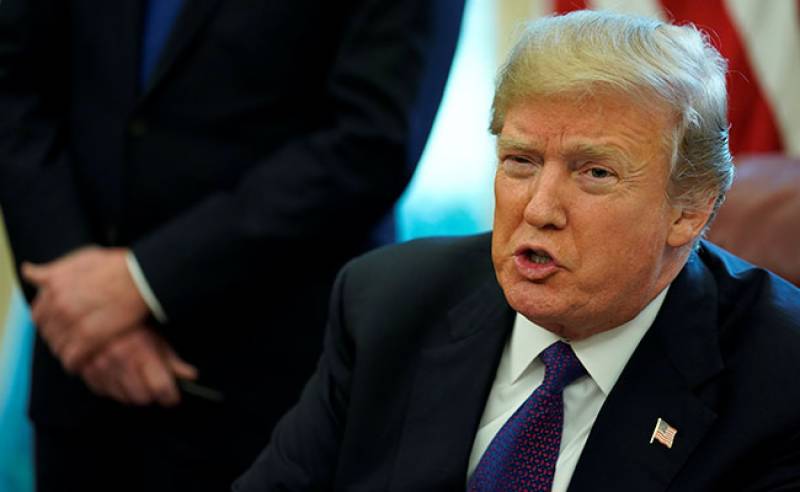 Washington (Reuters): The United States imposed sanctions on six men linked to the Afghan Taliban and the related Haqqani network on Thursday, less than a month after President Donald Trump ordered big cuts in security aid to Pakistan over its failure to crack down on militants.

The counter terrorism designations announced by the US Treasury Department bars the two Pakistanis and four Afghans living in Pakistan from accessing the US financial system.

While unlikely to cause many problems for its targets, the move further underlines Washington’s frustration with Islamabad for providing sanctuary and other aid to the insurgent groups.

In a surprise tweet on New Year’s Day, Trump said the United States had “foolishly” given Pakistan more than $33 billion in aid and “they have given us nothing but lies and deceit, thinking our leaders as fools. They give safe haven to the terrorists we hunt in Afghanistan, with little help. No more!”

The announcement sent US officials scrambling to suspend security assistance, later estimated at up to about $2 billion, to the nuclear-armed ally.

Pakistani officials were infuriated by the action. Its National Security Committee of senior civilian and military chiefs denounced it as “completely incomprehensible.” US Ambassador David Hale was summoned to the foreign ministry for an explanation.

Pakistan is a crucial gateway for US military supplies destined for US and other troops fighting a 16-year-old war in neighboring, landlocked Afghanistan.

A senior Trump administration official, who spoke on condition of anonymity, said on Jan. 5 that Washington hoped that the aid suspension would be enough to communicate its concern to Islamabad.

But the official cautioned that the freeze was also not the only tool that America had to pressure the country, suggesting it might resort to other measures, if needed.

“We are considering many different things, not just the (financial) assistance issue,” the official said.

The United States has long blamed the militant safehavens in Pakistan for prolonging the war in Afghanistan, giving insurgents, including from the Haqqani network, a place to plot attacks and rebuild its forces.

“We believe we owe it to the Americans in harm’s way in Afghanistan. We simply can’t ignore the sanctuaries if we are going to make progress in Afghanistan,” the official said.