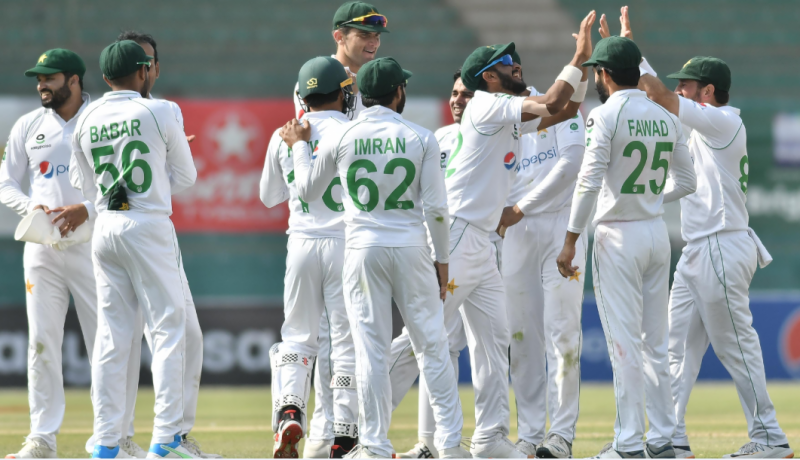 Karachi (Web Desk): South Africa were all out at 220 runs on the first day of the first cricket Test of two-match series against Pakistan at Karachi’s National Stadium on Tuesday.

It is the first tour by the South African side to Pakistan since 2007 as the two teams are play their first Test in Pakistan after 14 years.

The match is being described as a "monumental moment" for the revival of international cricket in Pakistan.

Babar Azam made his Test captaincy debut against the South Africa team. He has recovered from a thumb injury that kept him out of the two-Test series in New Zealand, which Pakistan lost 2-0.

Meanwhile, Pakistan umpire Aleem Dar, who has officiated on-field in the most international games (391), is supervising his first test in Pakistan since making his debut in 2000.

Aleem Dar got his first opportunity at home after the International Cricket Council (ICC) permitted local match officials for international matches because of travel restrictions in place due to the Covid-19 pandemic.