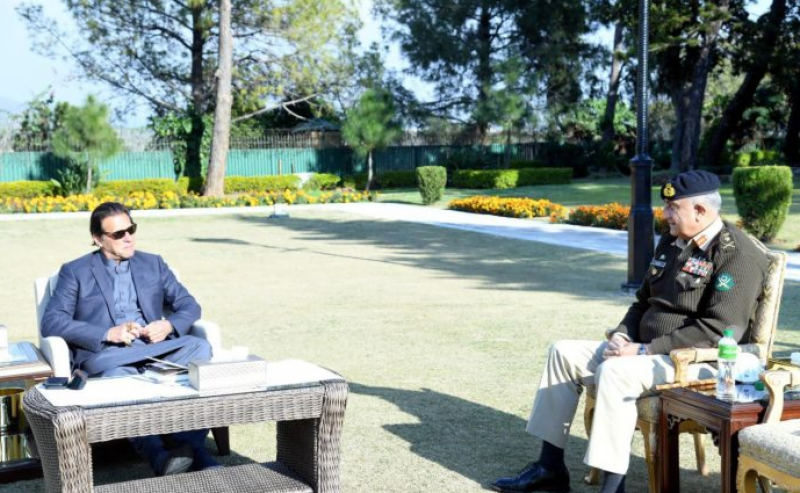 According to a press release issued by the Prime Minister’s (PM) Office, professional matters pertaining to the Pakistan Army were discussed during the meeting.

According to sources, the meeting discussed security situation in the region and also discussed the upcoming visit of PM Imran to China.