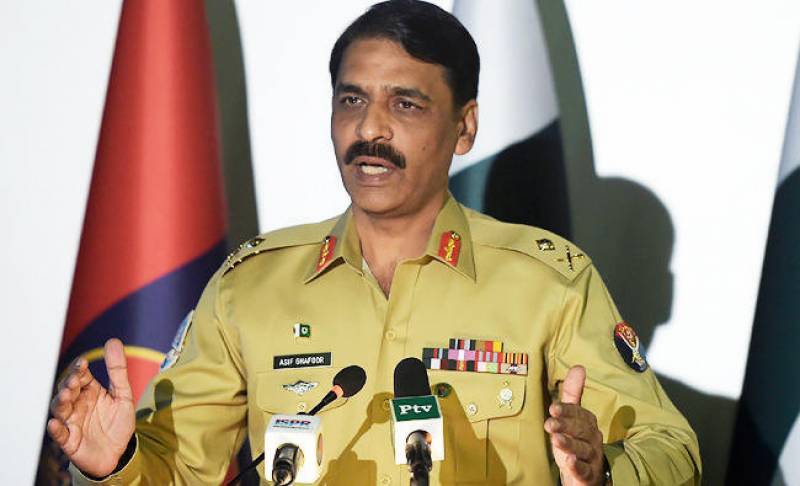 The military spokesperson said that the soldiers' vehicle "fell 250 feet down a cliff" after delivering election material at the returning officer's office in NA-12, Battagram.

"No sacrifice is more sacred than the life sacrificed in line of duty," he added.

Five more sons of soil embraced Shahadat (Martyred) while serving the nation during Elections duty. Vehicle after delivering election material at NA-12 RO office fell 250 feet down the cliff on road side. No sacrifice is more sacred than the life sacrificed in line of duty.

At least three security forces personnel and a civilian were martyred late on Tuesday while escorting the polling staff of NA-271 Buleda, Balochistan.

According to a statement issued by the Inter-Services Public Relations on Wednesday, the military protection party was ambushed at Dashtuk, near the Pak-Iran border. In the exchange of fire, three personnel were martyred while 14 including 10 security forces personnel were wounded, army’s media wing added.

The ISPR said that 10 critically wounded have been shifted to Karachi, while four with minor injuries were taken to DHQ Turbat.