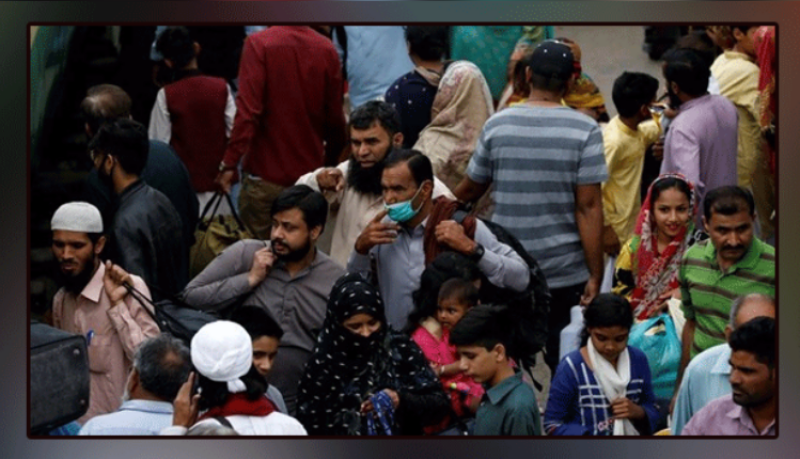 Lahore/Quetta/Karachi/Peshawar (Staff Report/Agencies): The number of confirmed COVID-19 cases in Pakistan rose to 1,008,446 on Monday after 3,752 new coronavirus cases surfaced in the country during the last 24 hours.

As per the National Command and Operation Centre (NCOC) data, 49,947 tests were conducted in last 24 hours while positivity ratio remained 7.5%.

According to the government's COVID-19 portal, the death toll related to coronavirus has reached to 23,048 with 32 fatalities reported during the last 24 hours.

Over the last twenty four hours, total number of recovered COVID-19 patients across the country reached 927,599 after another 1,641 virus recoveries were reported.

Meanwhile, Federal Minister for Planning and Development Asad Umar, who also heads the NCOC, informed on Sunday that the total number of COVID-19 vaccinations carried out so far had exceeded 25 million.

He stated this in a tweet, adding that the total number of people to have been fully vaccinated had also crossed 20 million.

Asad further said that the authorities had planned further acceleration of the inoculation process for August.

“By end August all major cities target is to have at least 40% of eligible population vaccinated,” the minister maintained.

It is pertinent to mention that the global coronavirus cases have reportedly surpassed 194.846 million and death toll tops 4,175,434.