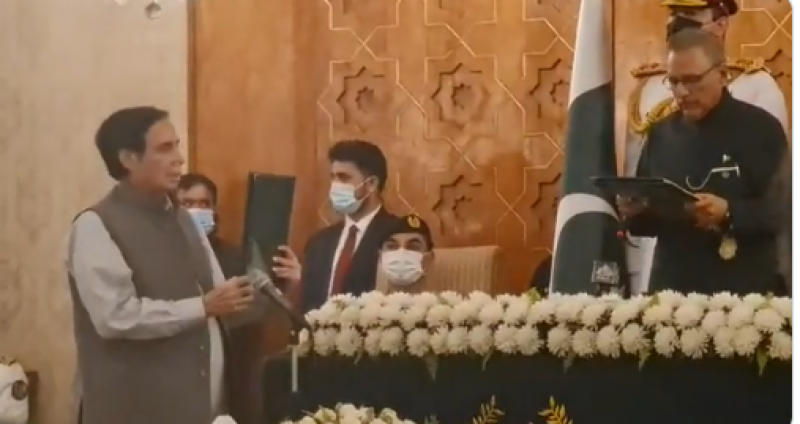 Chaudhry Pervez Elahi had filed a  petition against Mazari’s decision of July 22 in the re-election of the provincial chief minister which led to Hamza Shehbaz’s victory.

In its verdict, the court said is no legal justification for the Deputy Speaker's ruling.

During the election, Mazari had decided against counting the votes of 10 PML-Q lawmakers, which were cast in Elahi’s favour, citing a letter written by party President Chaudhry Shujaat Hussain in which he had instructed them to vote for Hamza instead.

The bench also ordered that Punjab Governor Baligh ur Rehman administer the oath to Elahi at 11:30pm.

It added if the governor refuses to perform his duties then President Arif Alvi will administer the oath.

The SC bench also declared appointments made by Hamza Shahbaz and the oath administered to the Punjab cabinet "illegal".

The court said that its orders should be implemented at once, and directed that copies of the verdict should be sent to Punjab governor, chief secretary and deputy speaker.

Earlier in the day, the SC reserved its verdict on Parvez Elahi’s petition challenging the deputy speaker’s ruling.

On July 22, the Punjab Assembly deputy speaker had dismissed Pakistan Muslim League-Quaid's (PML-Q) 10 votes after party head Chaudhry Shujaat asked them to vote in favour of Hamza, but they did not follow his instructions.

At the previous hearing on July 23, the court had allowed Hamza to remain "trustee" chief minister till Monday.

On the other hand, the ruling coalition boycotted the proceedings in protest after the bench turned down the government's request for constituting a full court to hear the pleas regarding Punjab CM re-election.