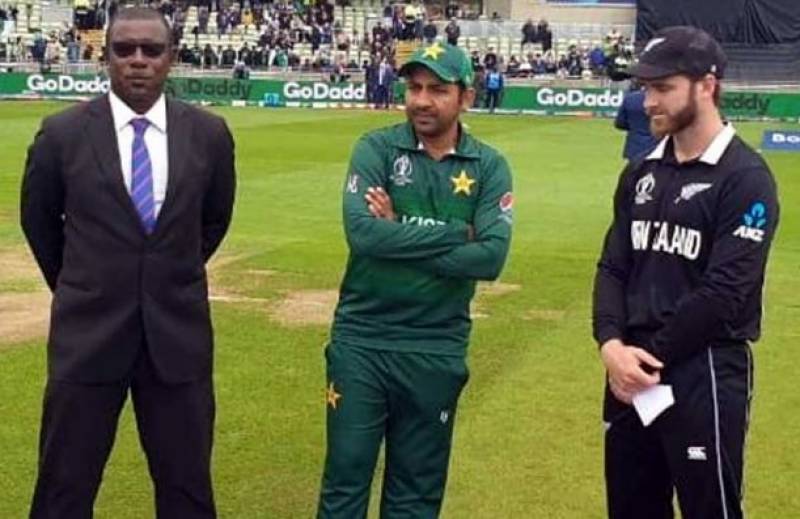 Birmingham (Agencies): New Zealand won the toss and decided to bat first against Pakistan in the 33rd clash of the World Cup at Edgbaston in Birmingham today (Wednesday).

New Zealand choose to bat against Pakistan in Birmingham! Can they take another step towards the semi-final, or will Pakistan keep their dream alive?

New Zealand who have been unbeaten in the tournament sit at the top of the table with 11 points, while Pakistan after knocking out South Africa out of the World Cup sit at number seven.

Pakistan will be aiming for their third victory in order to keep their hopes alive for the semi-final spot in the World Cup.