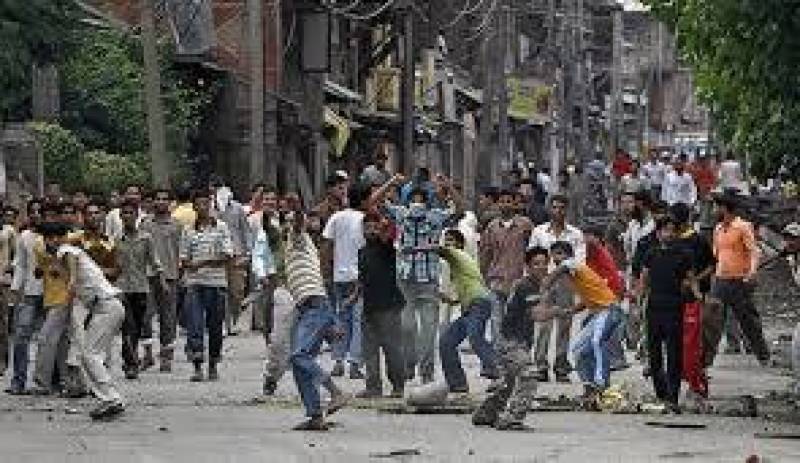 According to Kashmir Medias Service (KMS), the troops martyred the youth during a cordon and search operation in Chewa Ullar village of Tral area in the district.

The troops have sealed all entry and exit points of Tral. The occupation authorities have snapped mobile internet service in the area.

The number of slain youth in the territory rose to five within two days.

On June 25, the troops had killed two youth during a similar operation in Hardshiva area of Sopore town.

Earlier in the day, Prime Minister Imran Khan urged the international community to hold the Indian government accountable for its human rights violations in IOK.

In his message on Twitter, the premier called on the global community to take note of the torture and inhumane treatment faced by the people of occupied Kashmir at the hands of the Indian armed forces.

"These atrocities by Indian Occupation forces on orders of the Hindutva Supremacist Occupation Modi govt are well documented by UN, HR orgs & intl media. A continuing silence in the face of such blatant abuse is against int human rights & humanitarian laws & must be unacceptable," he said.

PM Imran added that a continuing silence in the face of such blatant abuse is against international human rights and humanitarian laws and it must be unacceptable.