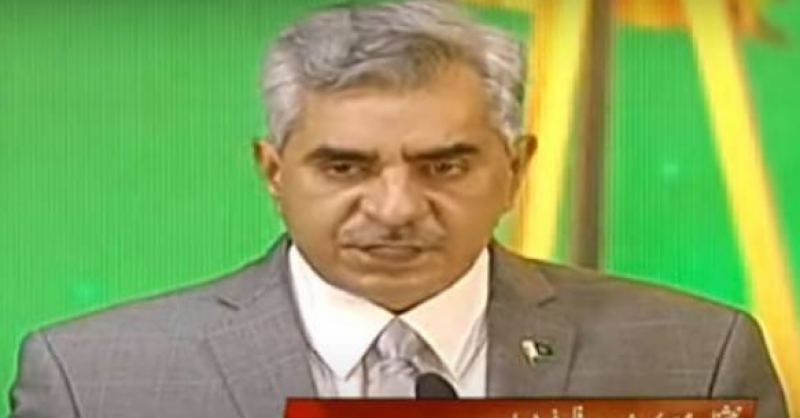 Addressing the National Amateur Short Film Festival (NASFF) Awards Ceremony in Islamabad, he said that Allah Almighty has blessed Pakistan with every blessing there is, and by making films via NASFF, is a positive image of the country.

"Today, when we have almost won the war against terror, it is time that we [strive to] improve Pakistan's perception [in the world]," the DG said.

"We need to align this perception with Pakistan's reality, which is extremely beautiful and magnificent," the DG remarked.

"Today's festival is a part of such efforts," he added.

He said the NASFF was a small part of that effort and asked: "Why should we not give youth the responsibility of showing the real Pakistan?"

The DG ISPR said the festival was a platform which would not only showcase Pakistan's positive image to the world but also "encourage the youth and give new talent to Pakistan's media industry".

Major General Babar Iftikhar said that the first 15 winners would be sent on scholarship to the University of California for a one-year training course on advanced filmmaking.

Speaking on the occasion, Federal Minister for Information and Broadcasting Fawad Chaudhry said that Pakistan's first media technology university would be inaugurated in August.

“Under the prime minister's leadership, state-run media would be digitised on August 14, including Pakistan Television making the switch to hi-definition,” the minister said.

He said that other initiatives were in the works to help Pakistani cinema such as the approval of a film policy and a new film school in Karachi.

The information minister said the modern world was based on opinions and narratives for which media was a very important tool for states.