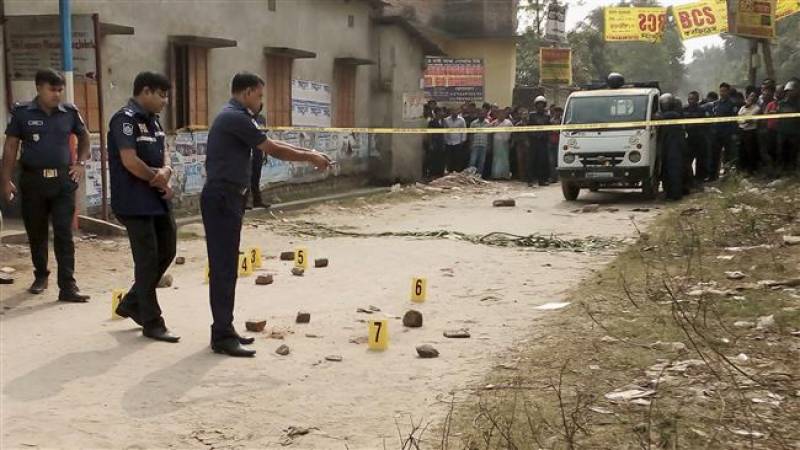 Dhaka (Web Desk)  A blast at Sylhet city of Bangladesh resulted in at least three people being killed and 30 wounded on Saturday in two explosions where army commandos stormed an Islamist extremist hideout, police and hospital staff said.

Two “powerful” blasts went off some 400 yards (metres) from the hideout, targeting a huge crowd of people and police officials who were witnessing the commando operation, police said.

Police have not blamed any group for the blasts, which occurred as commandos engaged in a day-long gun-fight with suspected Islamist extremists holed up in a five-storey building.

The commandos backed by armoured personnel carriers launched the operation after a more than 30-hour standoff that began on Friday morning when police sealed off the place after suspected militants detonated small bombs.

Armed forces spokesman Colonel Rashidul Hasan said earlier that 78 people who were trapped in the building for more than a day were rescued by the commandos.

“The operation began at 7am in the morning and is still going on,” he said, adding the commandos “exchanged fire” with the suspected militants who were confined in a ground-floor apartment of the building.

The spokesman could not say how many extremists were in the building, but police said there were at least two including a woman.

“They are Islamist extremists,” police spokesman Musa, adding they shouted “Allahu Akbar” (God is the greatest).

Police used loudspeakers to ask the extremists to surrender, but they refused to give up, Musa said.

The raid came after a series of suicide attacks on security camps by Islamist extremists this month including one at a police checkpoint near the country’s main international airport on Friday night.

Two of the attacks including Friday’s blast in which the suicide attacker was killed were claimed by the militant Islamic State group.