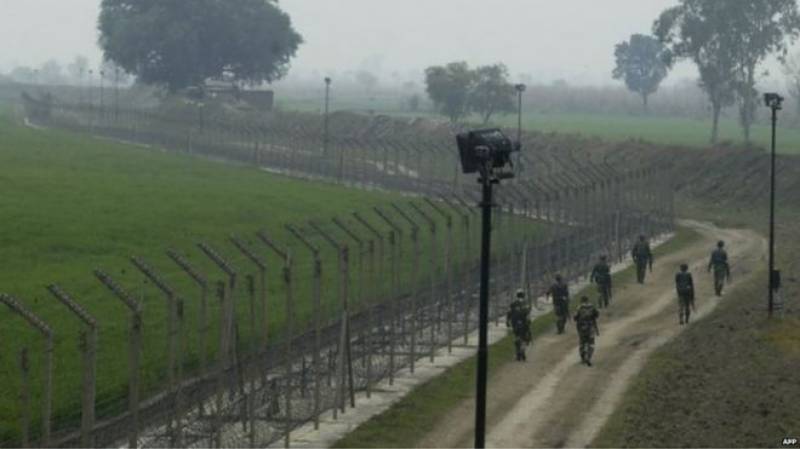 Islamabad: Pakistan Army Chief General Qamar Javed Bajwa  has vehemently stated that fencing on Pakistan-Afghanistan border had commenced and border areas in Bajaur and Mohmand agencies, being high threat zones, were first priority for that.

Additional technical surveillance means were also being deployed along the border besides regular air surveillance, he said while interacting with the troops during his visit to the border areas in Mohmand and Orakzai agencies, as reported by the Inter-Services Public Relations (ISPR).

The military chief said that the Pakistan Army would employ all resources required for defence of the motherland, and safety and security of peace loving tribes. He said that efforts were in hand to evolve a bilateral border security mechanism with Afghan authorities.

He said that a better managed, secure and peaceful border was in mutual interest of both countries, who had given phenomenal sacrifices in the war against terrorism. He said that mainstreaming of the Federally Administered Tribal Areas (FATA) was in the best national interest.

He said that the development works were also being implemented expeditiously to bring enduring peace and stability in the area. General Bajwa was given a detailed briefing about border security arrangements, cross border terrorist threat and recent terrorist attacks from across the border on the Pakistani posts.

The army chief interacted with troops at Suran and Kalaya, and hailed their high morale, operational preparedness and effective response to recent cross-border terrorist attacks. He appreciated killing of five terrorists, including high-value terrorist in a recent intelligence-based operation and greatly valued martyrdom of army officers and soldiers during the operation.

General Bajwa said that he was proud of great sacrifices made by the security forces and the people of Pakistan in the effort to clean the country from these rioters. Earlier on arrival, the army chief was received by Peshawar Corps Commander Lieutenant General Nazir Ahmed Butt.

On March 21, hundreds of trucks crossed into Afghanistan from Pakistan after the border reopened for the first time in more than a month, ending the protracted closure of one of South Asia’s busiest trade routes.

The long-stranded convoy of trucks that stretched for miles on either side began to move after Prime Minister Nawaz Sharif’s order to open the border at Torkham and Chaman. Pakistan closed the border in mid-February, following a string of militant attacks from across Afghanistan.

The government reopened border crossings with Afghanistan as a goodwill gesture, but with a hope that Kabul would address its concerns about terrorist sanctuaries on the border. The closure of the formal crossing points on the 2,600km porous border was ordered by the army immediately after the Sehwan shrine bombing last month.

The border closure shut down all trade between the two countries, because of which traders on both the sides suffered huge losses, but landlocked Afghans bore the brunt. Price hike in Afghanistan caused by the closure badly impacted the ordinary Afghans, resulting in a surge in the already very high anti-Pakistan sentiment.

The situation was feared to escalate into a humanitarian crisis. Economic losses due to the closure, moreover, ran into millions of dollars and Kabul had taken up the matter with the World Trade Organisation, which was scheduled to take it up in the first week of April.

The closure that continued during the recently held Economic Cooperation Organisation summit in Islamabad, which was attended by Afghanistan at a lower level, sharply contrasted with its outcome document in which leaders from 10 regional countries pledged promotion of trade and connectivity linkages.

Sanctuaries of the banned Tehreek-i-Taliban and its splinter groups have existed along the border since 2010 when militants fleeing military operations in Swat and Bajaur took refuge there. The Jamaatul Ahrar, which split with the Taliban in 2014, moved its bases to Afghanistan after the start of Zarb-i-Azb operation. Several attacks have been carried out in Pakistan from those bases, but the Afghan government has always turned a blind eye to them.