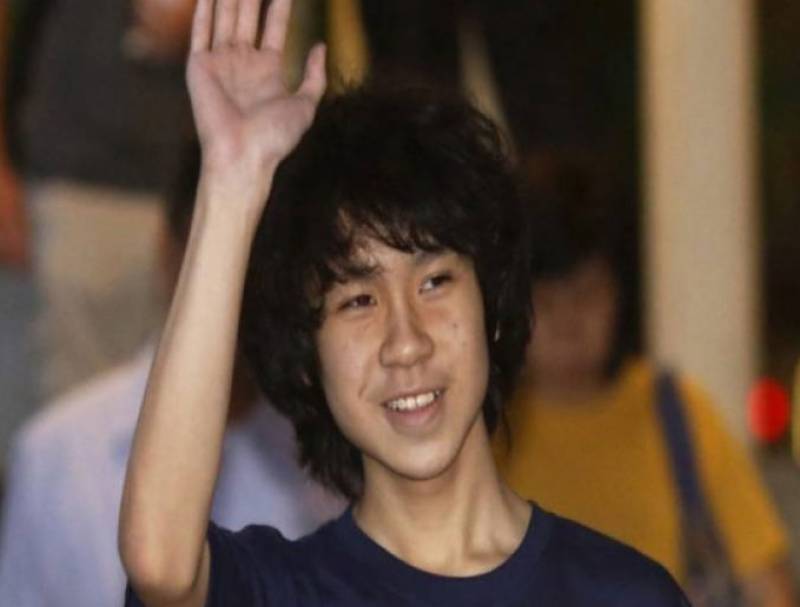 Singapore (Web Desk): At last a sigh of relief for the Singaporean teenager who was jailed twice after insulting the island's late leader Lee Kuan Yew and religious groups as he was granted political asylum in the United States.

Amos Yee, 18, shocked Singaporeans in March 2015 after posting an expletive-laden video attacking Lee as the founding prime minister's death triggered a massive outpouring of grief in the city-state. He was jailed for four weeks for hurting the religious feelings of Christians and posting an obscene image as part of his attacks on Lee - whose son Lee Hsien Loong is now the prime minister - but served 50 days including penalties for violating bail conditions. He was jailed again in 2016 for six weeks for insulting Muslims and Christians in a series of videos posted online, but critics claim the real reason was to silence him. Yee's lawyer Sandra Grossman of Maryland-based Grossman Law LLC told AFP by telephone that US immigration judge Samuel B. Cole had granted her client's application for asylum.

"Yee has met his burden of showing that he suffered past persecution on account of his political opinion and has a well-founded fear of future persecution in Singapore," the judge said in the decision.

The judge said evidence presented during the hearing "demonstrates Singapore's persecution of Yee was a pretext to silence his political opinions critical of the Singapore government".

The US Department of Homeland Security had opposed Yee's asylum application, saying he was legally prosecuted by the Singapore government. It now has 30 days to appeal the judge's decision.

In a statement Saturday, Singapore's home affairs ministry, which looks after internal security, said Yee had engaged in "hate speech" but noted that such rhetoric is allowed in the United States.

"Some of them, will no doubt take note of the US approach, and consider applying for asylum in the US" it added.

Singapore, a prosperous island republic of 5.6 million which has long been been criticised for strict controls on dissent, takes pride in its racial and social cohesion, which it regards as essential for stability in a volatile region.

Several government critics have sought refuge overseas, including in the United States and Britain, among them Gopalan Nair who was granted US asylum for political persecution in the 1990s and now holds American citizenship.

Yee, a filmmaker-turned-activist, was detained by US authorities after he arrived in Chicago in December.

Speaking by telephone from Maryland, lawyer Grossman, who has represented Yee for free, said the US government "has the right to appeal this decision" within the next 30 days. "The law agrees that he is eligible for immediate release," Grossman said.

The lawyer said she was told by the US Immigrations and Customs Enforcement (ICE) office that Yee will be transferred to an ICE detention facility in Chicago on Monday and will be considered for release.

"There was never any doubt that Amos Yee is the quintessential political dissident, escaping from the sort of a pressure cooker environment that city-state Singapore excels in devising for dissidents who challenge its prerogatives," Robertson told AFP.

In Yee's video attacking Lee, he compared the late leader, who was prime minister from 1959 to 1990, to Jesus, saying "they are both power-hungry and malicious but deceive others into thinking they are compassionate and kind". It was watched hundreds of thousands of times before being taken down from Yee's YouTube page.