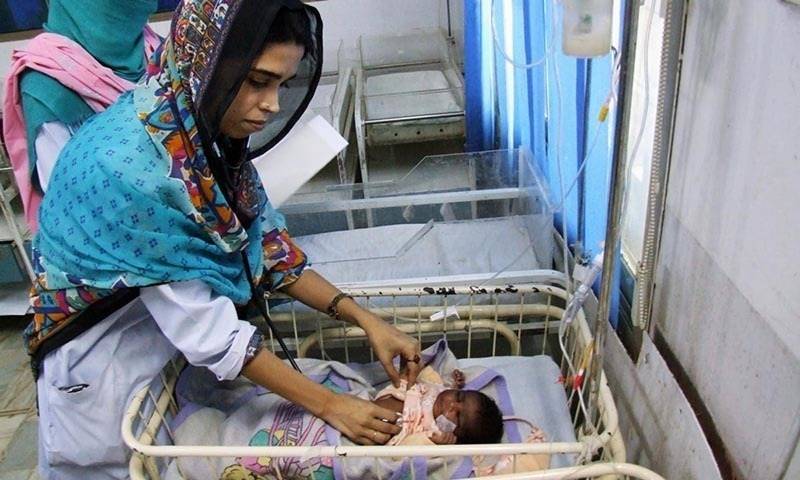 Tharparker (Web Desk): At least six more infants died in Tharparker due to various waterborne diseases and malnutrition, raising the death toll in the desert region to 72 since January this year.

According to reports, out of the 72 deaths, around 90 per cent of the deaths were reported from the only government hospital in the district headquarters. In addition to this, at least 14,000 children suffering from various ailments were brought to different hospitals in the district.

At least 479 children under the age of five have died in hospitals across the desert region, health officials said. Lack of access to clean drinking water and adequate health care facilities in the remote areas of the region lie at the heart of all problems causing children to die, they added.