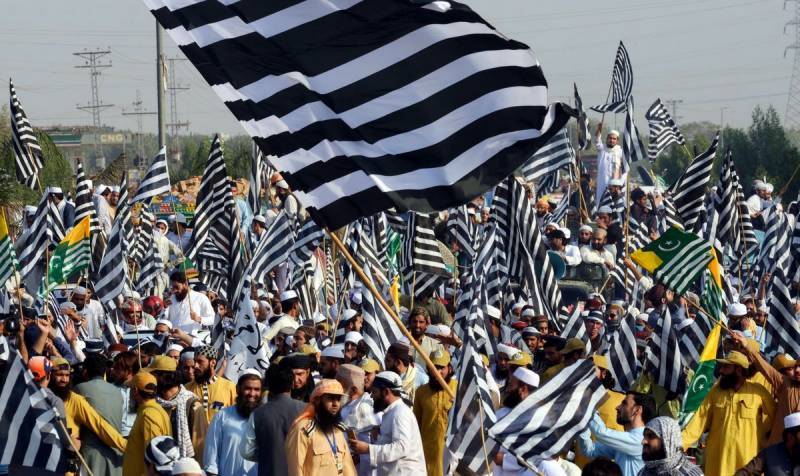 As per the details, caravans of Jamiat Ulema-e-Islam-Fazl (JUI-F) from Sindh have entered Punjab.

The workers of the opposition parties will greet and join the caravans in different cities of the province before reaching the federal capital.

Banners and posters in support of long march can be found in entire Lahore while local leaders of PML-N have been directed to gather supporters and reach Model Town office to join the central caravan lead by Hamza and Maryam.

It is pertinent to mention that the PTI govt is also holding a public gathering in the federal capital on March 27 on the eve of voting on the no-confidence resolution against Prime Minister Imran Khan.

The PDM had also given a call to the public and workers of the opposition parties to begin a long march towards Islamabad and to stage a sit-in, which could continue until the completion of the voting process in the National Assembly.

On the other hand, Federal Minister for Interior Sheik Rashid Ahmad has said that everyone is allowed to hold public gatherings in Islamabad; however, according to the directions by the Supreme Court of Pakistan, no one will be allowed to enter the Red Zone.

Talking to newsmen in Islamabad on Saturday, the minister said that full security will be provided to the public gathering of the opposition in the federal capital.

He however said that nobody will be allowed to stage a sit-in and as per the directions of the courts, major roads including Srinagar highway will be kept open.

The Interior Minister said that the PML-N’s request to stage the gathering on Srinagar highway has been rejected.

He said the Srinagar highway has been handed over to the FC and Rangers for security purpose.

Sheikh Rashid said nobody will be allowed to take law into hands. He said all the political parties should demonstrate maturity and refrain from any political confrontation.

The interior minister said that Prime Minister Imran Khan will emerge victorious from the current political situation and his popularity has increased manifold.