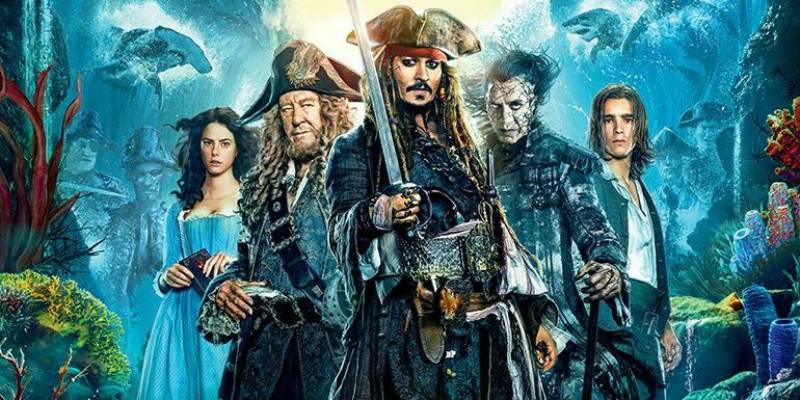 Los Angeles (Reuters): Dead men tell no tales, unless, of course, they are undead decaying pirates seeking mythical treasure in the vast fathoms of the sea in the fifth installment of Disney's "Pirates of the Caribbean."

"Pirates of the Caribbean: Dead Men Tell No Tales," out in theaters worldwide this weekend, sees Johnny Depp reprise his role as the hapless, swaying, slurring pirate Captain Jack Sparrow, once again roped into an adventure on the high seas.

Depp, who's had a tough year in the headlines thanks to an acrimonious divorce from wife Amber Heard, as well as claims and counter claims about his behavior and lavish lifestyle, sat out media interviews for the film in Los Angeles. But his co-stars rushed to his defense and to deny reports, stemming from dueling court documents over his finances, that he is fed his movie lines through an earpiece and was difficult and late while filming.

"Pirates" franchise producer Jerry Bruckheimer said Depp is "not fed lines at all," and credited him with crafting the tone of the franchise.

"(The pirates) are irreverent characters, something he totally created and the kind of irreverent fun attitude that all the movies have is because of Johnny," Bruckheimer said.

He added that as long as Depp, 53, was aboard for more films, the "Pirates" saga has no definitive end.

"As long as the audience wants to come, we'll be there, and Johnny wants to make it and Disney wants to finance it. I hope it goes on forever," he said.

The "Pirates" franchise has grossed $3.7 billion since the first film in 2003 and despite poor reviews, "Dead Men Tell No Tales" is expected to take in some $80 million at the North American box office this weekend, trade publication Variety said.

"Dead Men Tell No Tales" introduces the franchise's next generation; Brenton Thwaites, who plays the son of Orlando Bloom's Will Turner and Keira Knightley's Elizabeth Swann, and actress Kaya Scodelario, an intelligent, headstrong woman escaping accusations of being a witch. The new characters link back to 2003's "The Curse of the Black Pearl."

"We talked a lot about the first film and that first-time high. We just felt that the balance was really right in that movie and we love it and we wanted to honor it," co-director Espen Sandberg said.