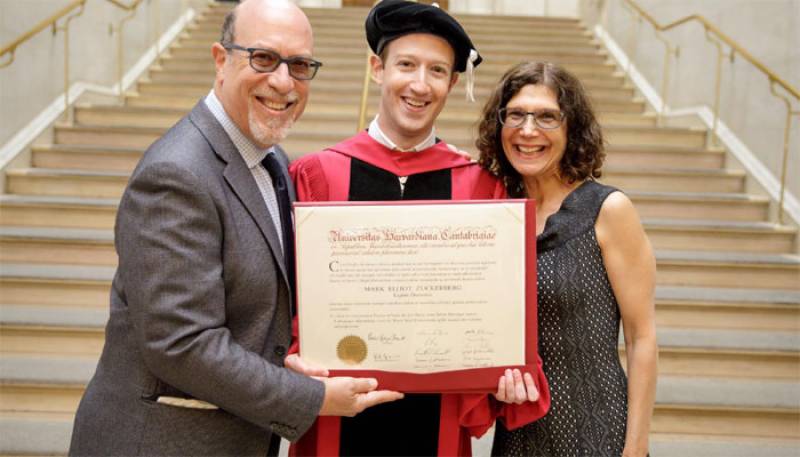 New York (Web Desk): Facebook’s founder and CEO Mark Zuckerberg was awarded with an honorary doctoral degree from Harvard university, thirteen years after he dropped out of to start the pioneering social network.

Zuckerberg returned to the university where he launched what would become the world´s biggest social network, and basked in the spotlight by receiving an honorary doctor of laws degree and addressing the 2017 commencement.

Mark Zuckerberg also told the graduates that it is up to their generation to create a purpose for today’s world, to care about others, to fight inequality and strengthen the global community.

Zuckerberg received an honorary degree from the university, along with 9 other people including the actress Judi Dench, the composer John Williams (known for “Star Wars,” ”Harry Potter” and many other scores) and Somali human rights activist and physician Hawa Abdi Dhiblawe.

According to Zuckerberg’s Facebook profile, he left Harvard in May 2004.