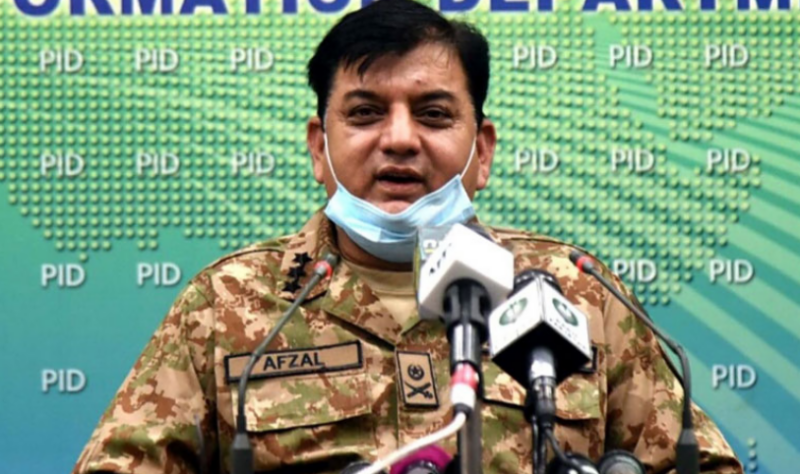 Islamabad (Web Desk): National Disaster Management Authority (NDMA) Chairman Lieutenant General Muhammad Afzal has said that there is no dearth of ventilators and protection equipment (PPE) to treat COVID-19 patients across Pakistan and everything is under control.

The NDMA chairman said only 128 patients are on ventilators across Pakistan. He said around 1,350 of 4,200 ventilators are being used for Corona patients, which is less than the fifty percent capacity of the country.

Lt General Afzal said it is expected that 2,000 ventilators will be required by the end of next month for which a contingency plan has already been chalked out, the Radio Pakistan reported.

As of now, the NDMA has 183 intensive care unit ventilators in its warehouses as well as oxygen, CPAP, and BiPAP ventilators, he said adding that Pakistan has given orders to procure over 1,300 ventilators from various countries.

He said the United States has also offered to donate 200 ventilators and half of them will reach Pakistan very soon.

Regarding availability of beds for Coronavirus patients, Lt General Afzal said “We have over 10,000 ICU beds in 365 government hospitals across Pakistan and only 2,211 of them are in use, which is 20 percent below the available capacity.

Moreover, 52 private hospitals with a capacity of 679 ICU beds have also been lined up to meet any emergency”.

The NDMA chairman said anyCovid-19 pantient, who is denied a bed in a hospital from any part of the country can register his complaint on 111-157-157.

He, however, appealed the masses to strictly adhere to laid down standard operating procedure to prevent spread of the Coronavirus and to protect themselves and others.

Giving details of NDMA's efforts to eliminate locust attack in various parts of the country, he said that massive operation has been continuing in Multan, Bahawalpur, Dera Ghazi Khan, and Faisalabad divisions, along with Okara, Bhakar, and Layyah districts in this regard.

“We have enough stock of pesticides to check locust attack in Pakistan,” he maintained.

"We have also arranged nine planes for aerial spray in different parts of the country, including Sindh, Balochistan, Punjab, and Khyber Pakhtunkhwa", the NDMA chairman said.

He said locust can enter Pakistan from Iran and Muscat in first and second week of the next month and we have deployed aeroplanes with sufficient spray equipment and pesticides in DG Khan, Dera Ismail Khan and along the Iran border to kill the insect then and there. Arrangements have also been made to undertake anti-locust spray in deserts of Thar and Cholistan, he added.

“We have also prepared plans to meet any flood situation in coming days”, the NDMA chief said.