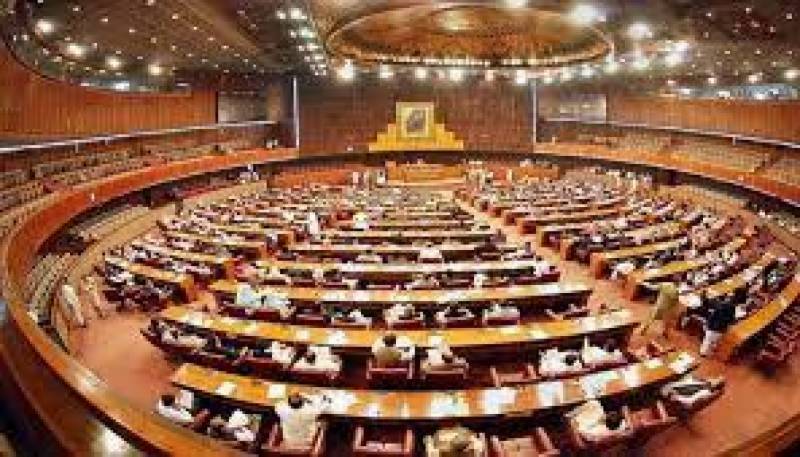 Islamabad (Staff Report/Agencies): The National Assembly on Thursday approved a bill, abolishing the overseas Pakistanis the right to vote and use of electronic voting machines (EVMs).

Parliamentary Affairs Minister Murtaza Javed Abbasi presented the bill that was passed with a majority vote.

Speaking at the NA session, Federal Minister of Law and Justice Azam Nazeer Tarar said that holding polls using EVMs in a single day is “impossible”. He said the Election Commission of Pakistan (ECP) had also expressed its inability to hold the elections through i-voting and EVMs in such a short span of time, that too without proper homework.

The PTI government had made the amendments through the Elections (Second Amendment) Bill, 2021, which it had bulldozed through the NA along with 32 other legislations on November 17, 2021.

Amendments were made to the ordinance:

Under the amendment in Section 94 of the Election Act, 2017, the ECP may conduct pilot projects for voting by overseas Pakistanis in by-elections to ascertain the technical efficacy, secrecy, security, and financial feasibility of such voting and shall share the results with the government, which shall, within 15 days from the commencement of a session of a house after the receipt of the report, lay the same before both houses of parliament.

Under the amendment in Section 103 of the Election Act, 2017, the ECP may conduct pilot projects for the utilisation of EVMs and biometric verification system in the by-elections.

Tax-related matters have been excluded from NAB’s jurisdiction

NAB will not probe irregularities in any development scheme or project

NAB cannot take action over the decision of any regularity institution

If the prime minister and the opposition leader fail to agree on any name for the coveted post, the matter will be sent to the parliamentary committee

After completing a three-year term, a person can not be re-appointed to the post of NAB chairman.