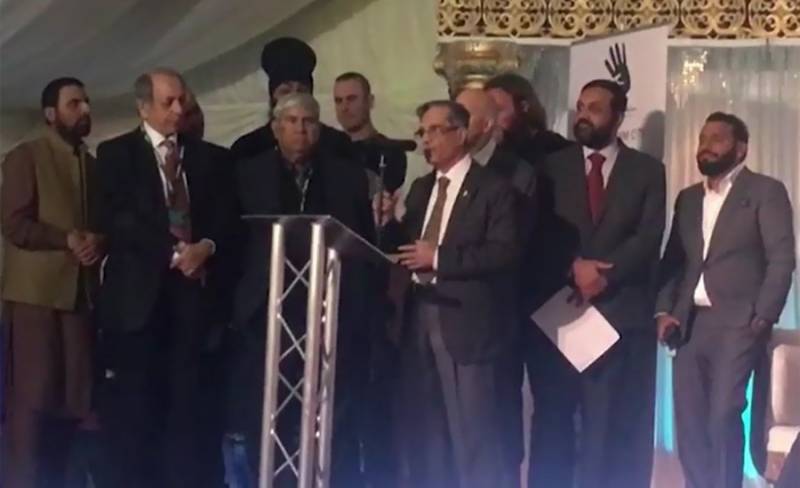 London (Agencies): Chief Justice of Pakistan Mian Saqib Nisar has pitched a proposal to restore tax on the top-up of prepaid mobile phone cards to collect funds for the construction of Diamer-Bhasha and Mohmand Dams.

While addressing a fundraising ceremony hosted by UK Pakistan Chamber of Commerce and Industry in London, the CJP said that it will not be suitable to impose taxes on the public for dams construction, adding: “We had earlier suspended all taxes deducted by cellular companies on mobile phone recharge and found that Rs3 billion were saved per month in this way.

He said that the court will re-impose the tax on the mobile cards’ top-up to collect funds for dams if the nation allows it. The judge also sought public response over his proposal.

He called for constructing dams on every inch of the Indus River, adding that the criminal negligence was showed in the past by not building the dams.

He hoped that all the province of Pakistan will one day reach an agreement to build Kalabagh Dam.

Assuring the public, the chief justice said that the money donated for the dams fund will be left in the safe hands before getting retired. He hinted at establishing a company for the safety of the funds. “These funds are a loan from the nation and I will hand them over to a trustworthy man before leaving.”

Justice Nisar also thanked the government and those who have contributed to the dam fund.