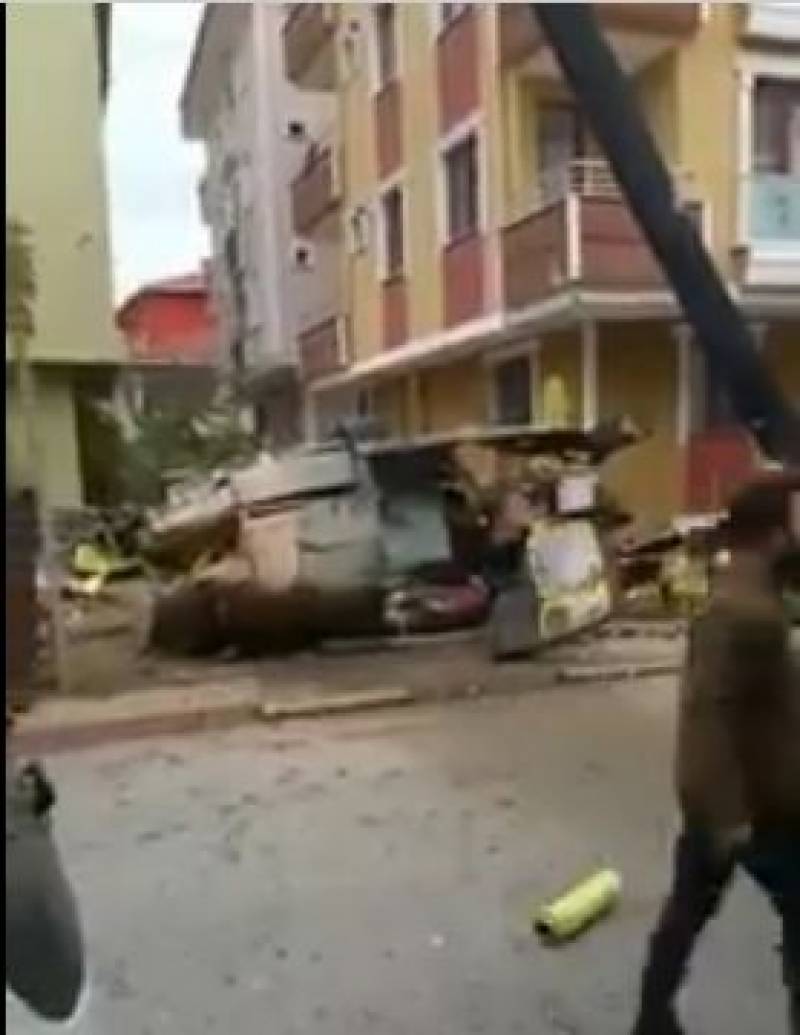 Istanbul (Agencies): At least four soldiers were died and one injured after a Turkish military helicopter crashed in Istanbul’s residential area on Monday.

The incident took place at Istanbul’s suburban Sancaktepe district when a Bell UH-1 helicopter took off on a routine training flight from the military air base and crashed onto a street after colliding with the roof of a building, according to reports in local media.

Several roads leading to the crash site have already been cordoned off by authorities as emergency services responded quickly to the situation.

The deceased soldiers include two officers and two non-commissioned officers.

President Recep Tayyip Erdoğan offered his condolences for the deceased soldiers and wished the injured a speedy recovery.

An investigation is underway to determine the cause of the crash.