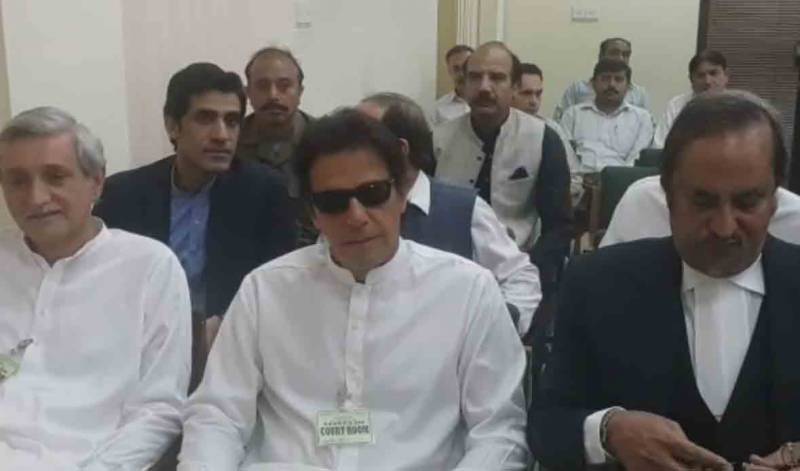 Khan appeared before the commission and sought apology regarding both the contempt cases.

On October 12, the ECP issued non-bailable arrest warrants for Imran Khan in relation to a contempt case, however, the warrants were suspended by the Islamabad High Court (IHC) on Tuesday.

A five-member ECP bench, headed by CEC chief Justice (retd) Sardar Raza Khan, ordered police to arrest Imran and present him before the commission on October 26.

Later, the warrants were suspended by the Islamabad High Court (IHC) on Tuesday but party member Fawad Chaudhry expressed that Imran Khan would still be appearing before the commission.