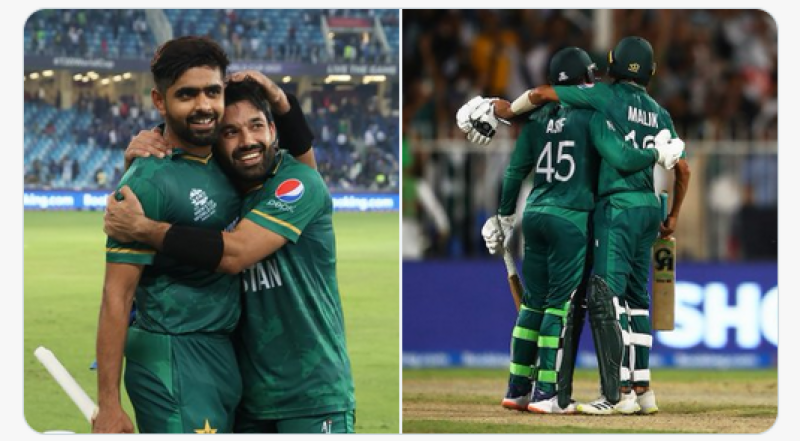 In reply, Pakistan achieved the target 135 in 18.4 overs for the loss of five wickets.

Earlier, Pakistan have won the toss and opted to bat first against New Zealand.

With revenge on their mind and looking to build up on the historic high of beating India, Babar Azam’s team would be eyeing another big scalp in New Zealand, the team which recently withdrew from a scheduled series against Men in Green after landing there, citing a security threat which.

The pullout had hampered Pakistan’s World Cup preparations which took a further hit with England too withdrawing from the tour.

Pakistan, champions in 2009, kept the same team that beat arch-rivals India by 10 wickets in Dubai on Sunday.

The Blackcaps, on the other hand, will aim to start their Super 12 campaign on a high, having lost both of their warm-up games against Australia and England, respectively.

New Zealand, playing their first game in the tournament, were jolted by a calf injury to spearhead Lockie Ferguson minutes before the match.

Ferguson is ruled out of the World Cup and his replacement Adam Milne can only be selected once approval is granted by the International Cricket Council technical committee.

New Zealand have not had the best of build-ups to their campaign, having lost to Australia and England in the warm-ups.